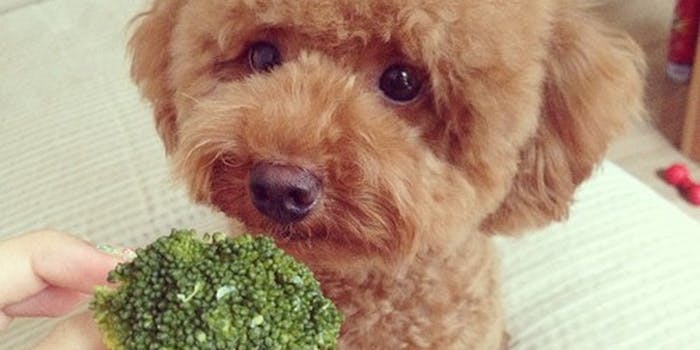 Clover is seeking $50,000 in damages for emotional distress.

An area dog named Clover has filed charges against his owner alleging that broccoli was fed to him.

“My client is still not able to sleep through the night,” says Clover’s lawyer, Todd Foreman. “He is plagued by terrible nightmares about the broccoli incident.”

According to Foreman, the dog was originally told that the vegetable was a new kind of healthful puppy chow. After tasting the “foul demon weed” (Foreman’s words), he knew he had been tricked.

The toy poodle is seeking $50,000 in compensatory damages for emotional distress.