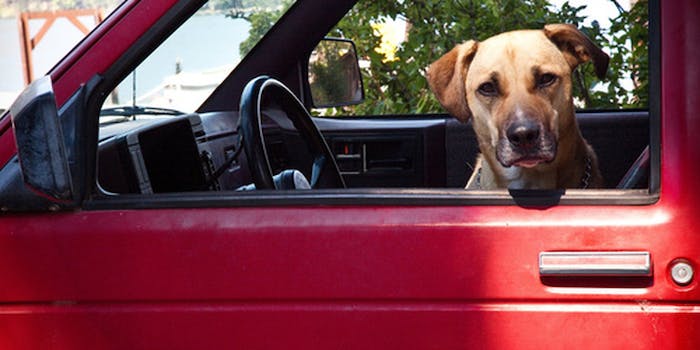 "We thought, who wouldn't want their pizza delivered by an adorable puppy?"

Big Timmy’s Pizzeria in York, PA is starting to regret its decision to hire a dog for some of its delivery routes.

“The biggest issue is that he can’t reach the pedals of the truck,” said Big Timmy’s founder Timothy Quattrucci. “We thought, who wouldn’t want their pizza delivered by an adorable puppy? But in retrospect, it wasn’t a well thought out idea.”

Quattrucci figured that the dog would be so popular that delivery orders would increase, but he’s since had to hire a driver to chauffeur the pup along his route.