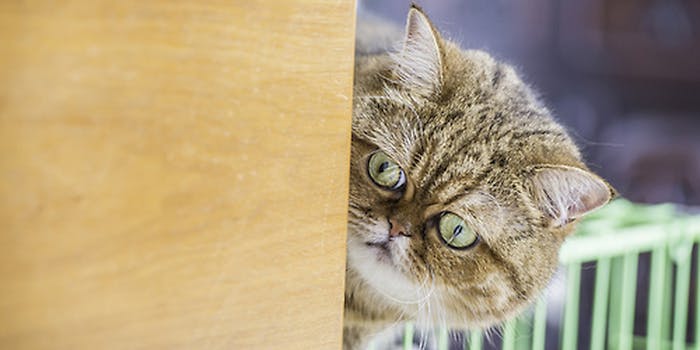 Lyle and his team are heading to Portugal next month for the World Championships.

A cat named Lyle from Sioux Falls, SD has been named the caption of the American Hide-and-Seek team in advance of the World Championships next month in Lisbon, Portugal. Lyle has been on the team for 4 years and competed at the 2012 Olympics in London, where the US squad placed just out of medal contention in fourth.

“This year’s team is vastly improved over last year,” said hide-and-seek analyst Jamie Windsor. There has been very little turnover on the team itself — this is essentially the same roster as the 2012 group — but Windsor said the team members have much better chemistry.

Much of that improved team dynamic can be attributed to Lyle. “His leadership is a huge asset to the team,” said Windsor, who thinks the Americans will give the reigning-champion Russians a run for their money at the Lisbon event.

“These cats can hide… and seek,” said Windsor.