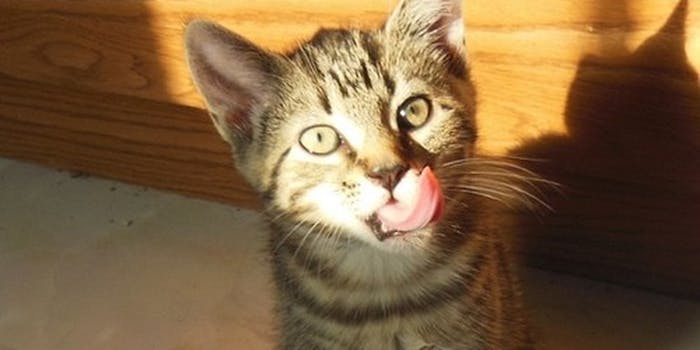 Daily Fluff: Local cat has no idea where the last cupcake went

A cat named Chester is insisting this morning that he has no idea what happened to the last cupcake. Though interrogated twice by leaders of the search party formed to locate the missing dessert, Chester maintains that he has no knowledge of its whereabouts.

“We don’t officially have enough evidence to accuse him of something,” said search leader Gerard Qualls, “but I’m not buying his story. His breath smelled a lot like buttercream.”

The search will continue throughout the day.