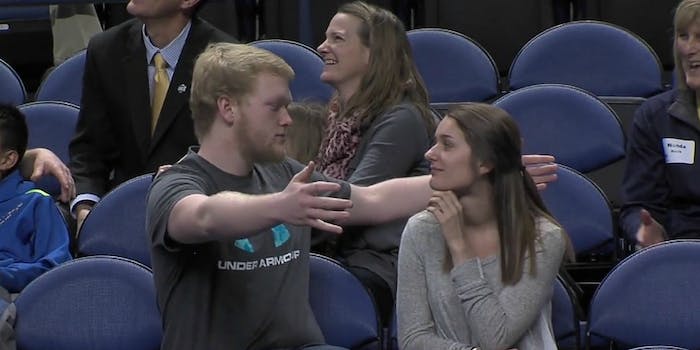 If you’re tired of dabbing, that’s too bad, because the viral dance phenomenon just won’t die.

The dab went mainstream thanks to Carolina Panthers quarterback Cam Newton—especially since his team played in the Super Bowl—and because of his supposed garishness, angry letters were written. Meanwhile, UCLA gymnasts are including the move in their floor exercise routines, and presidential candidates are doing their best to procure that elusive dancing teen demographic with herky-jerky attempts to mimic it.

But if you’re in a relationship, it’s rarely advisable taunt your partner by dabbing. While the video below, via the University of North Carolina-Greensboro athletic marketing and promotions Twitter account, is no doubt humorous, it couldn’t have put the guy in his girl’s good graces. 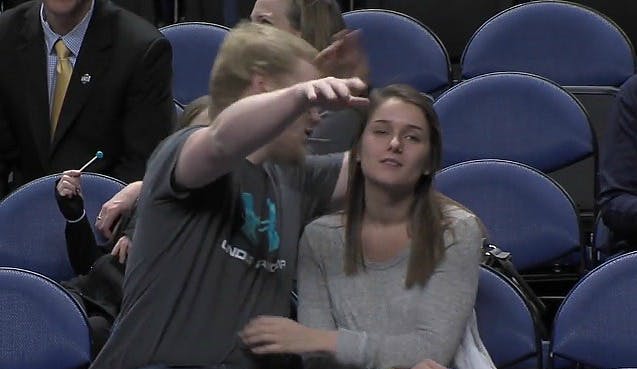 … but to top it off, the dude completed the tease with this face. 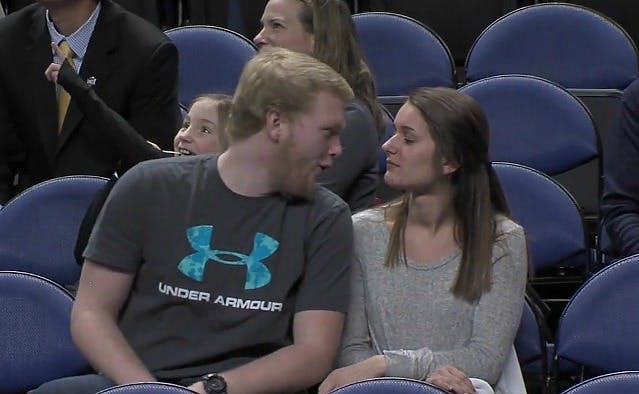 The video was taken during a UNC-Greensboro home contest vs. Chattanooga on Jan. 21, which happened to be National Hug Day (not National Hug Fakeout Day, however), but the promotions department didn’t release the video until Sunday.

Which, sadly, also happened to be Valentine’s Day.