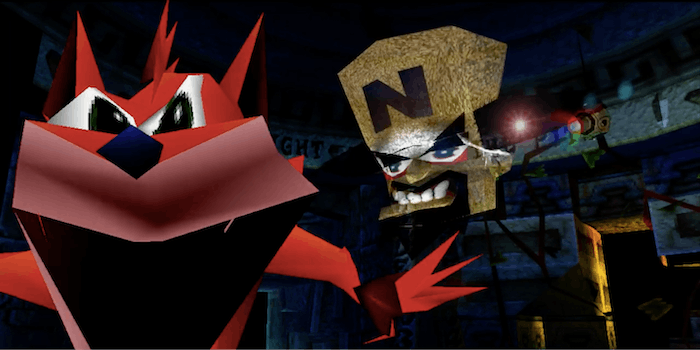 Crash Bandicoot is taking over the internet, thanks to ‘Woah’

Crash Bandicoot is back. WOAH!

Beloved video game character Crash Bandicoot is experiencing a renaissance this year, with his three classic games re-released in HD. And, while he’s still not as much of a meme magnet as fellow animal protagonist Sonic the Hedgehog, Crash has stolen the spotlight this month with just one word: “Woah!*”

*Yes, it should be spelled “whoa,” but that’s not how memers have been spelling it. We went with the version that would help readers find the relevant videos. Don’t worry, it bothers us, too.

The “woah” meme started with YouTuber OneyPlays and his 2016 video series featuring the game Crash Bandicoot 2. As Oney streamed the game, he would say “Woah!” every time Crash jumped.

The repetition eventually made this hilarious, but it wasn’t a meme until this summer, when the HD remaster of the Crash games catapulted the Bandicoot back into the mainstream.

Well known meme artist Grandayy has been mashing up Crash’s “whoa” with other memeworthy properties, including Darude’s Y2k-era hit “Sandstorm“

and “We Are Number One” from the kids’ show LazyTown

and Haddaway’s “What Is Love,” made famous by Night at the Roxbury:

and Smash Mouth’s “All Star.”

Cyranek, another big-name creator of bizarro YouTube videos, created a mashup with the Yeah Yeah Yeahs’ “Heads Will Roll”:

And one with Dr. Dre’s “Next Episode.”

Some of these videos have hundreds of thousands of views, and this just scratches the surface of the “woah” content available on YouTube. There’s also plenty more on Twitter:

Meanwhile, on Reddit, the meme is being translated into static images and mashed up with previous meme formats.

Because “whoa” is a single syllable, it’s extremely easy to edit into any song or clip. It’s also being backed by some of the most popular memers on YouTube, who are known for squeezing every ounce of comedy potential out of a new trend. Look for this one to burn out, not fade away. Woah! WOAH! WOOOAH!