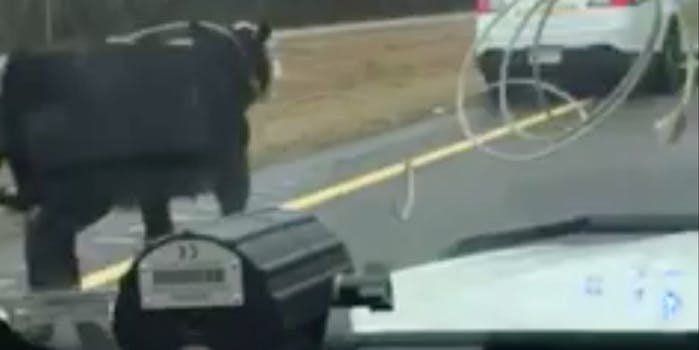 Cop lassoes cow from top of police car, because Texas

This is how you apprehend a suspect in Texas.

A number of tasks in our lives have been aided tremendously by modern technology.

You would never want to balance your books with pen and paper, and you won’t ever have a Skype conversation over a dial-up modem.

But some things can never be improved upon. No rancher is going to try and catch a runaway cow by opening the “Find my cattle” app on his iPhone.

No, for that task all you need is a good old-fashioned rope.

Don’t believe it? Watch cowboy David Bevill rope a steer that was cruising down Highway 79 in Texas.

The post was shared by the officer in the car, Sheriff Monte Belew. It already has over two million views on Facebook.

According to the Paris Post-Intelligencer, this cow was part of a duo that busted out of a truck transporting them. Belew, who was investigating, spotted his friend Bevill and asked for his help. Bevill thought about getting out the horse he had in tow, but instead hopped on the hood of Belew’s cruiser.

Both cows were corralled and returned to their owner.

And in case you had any doubts about Bevill’s cowboy credibility, take a look at this photo his wife shared on Facebook after he started to go viral. 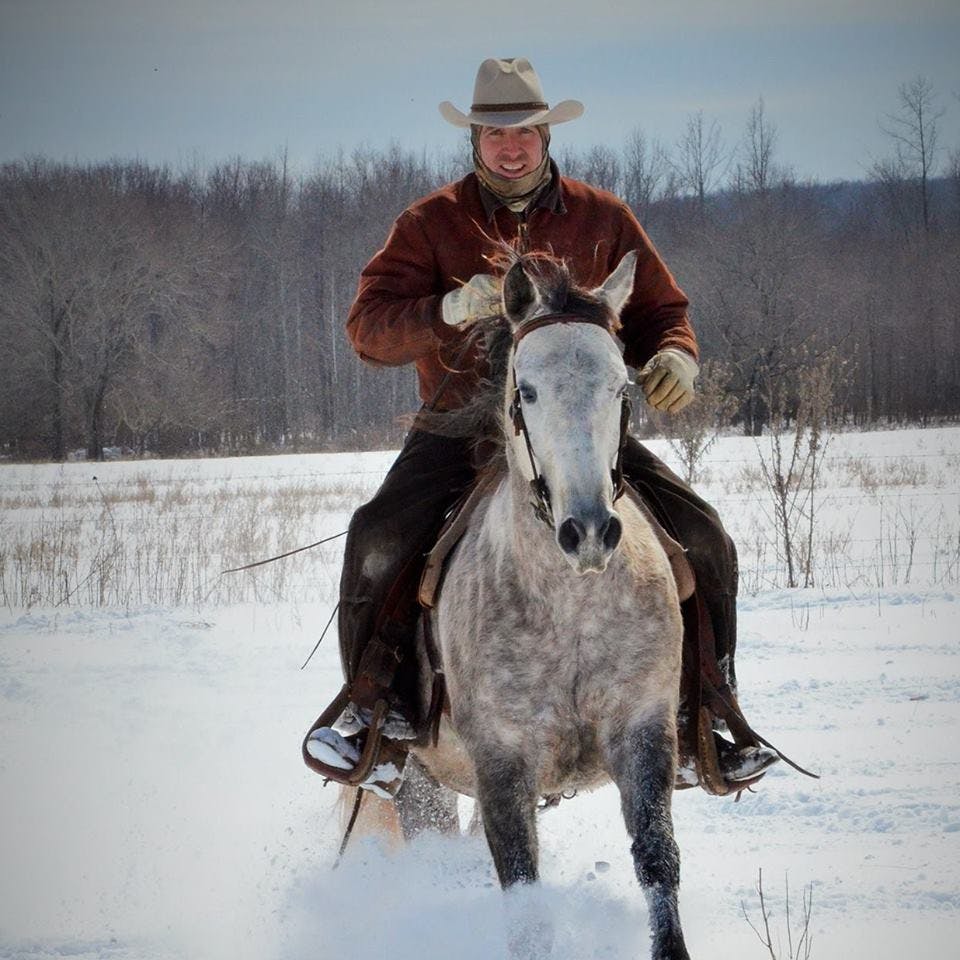 Yep. That is a cowboy.