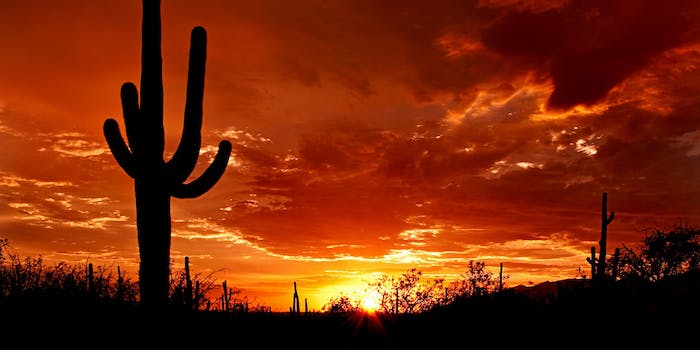 'He is dancing, dancing. He says that he will never tweet.'

Cormac McCarthy is the author of novels like Blood Meridian. His writing style, terse and evocative, is iconic and instantly recognizable. His death rumor has inspired within me a desire to emulate it.

See the tweet. It is pale and thinly-sourced, it wears a thin and ragged #breaking hashtag. It stokes the content fire. 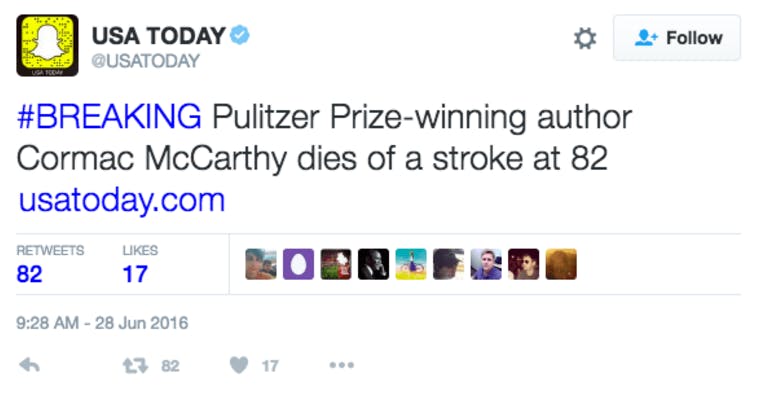 Outside lie dark turned fields with rags of snow and darker woods beyond that harbor yet a few last wolves. Its folk are known as hewers of pie charts and stockers of hotel rooms but in truth its father has been a media holding company based in Tysons Corner, Virginia. He lies in drink, he quotes from poets whose names are now lost.

Please tell me Cormac McCarthy is not dead.

THIS JUST IN: Cormac McCarthy is still not dead.

um thought I saw that cormac mccarthy isn't dead. y'all fell for a parody acct.

The truth about the tweets, they said, is that anything is possible. Had you not seen it all from being an egg—and thereby bled it of its strangeness—it would appear to you for what it is: a hat trick in a medicine show, a fevered dream, a trance bepopulate with chimeras having neither analogue nor precedent, an itinerant carnival, a migratory tentshow whose ultimate destination after many a pitch in many a mudded field is unspeakable and calamitous beyond reckoning. 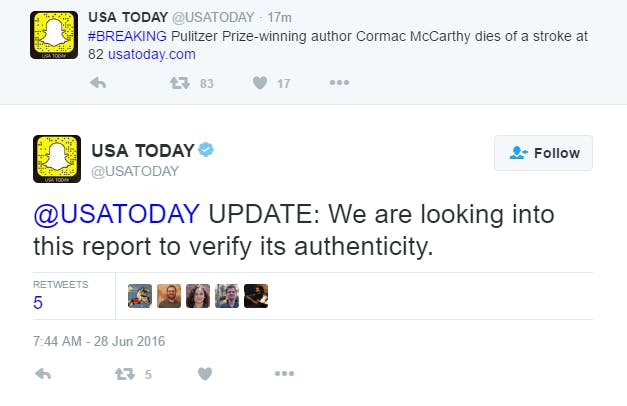 Your heart’s desire is to be told some mystery. The mystery is that there is no mystery. There is only a hoax Twitter account pretending to belong to legendary publisher Alfred A. Knopf. The account said McCarthy had died from a stroke at the age of 82. He had not.

Twitter hoaxes were always here. Before man was, Twitter hoaxes waited for him. The ultimate trade awaiting its ultimate practitioner: Italian journalist Tomasso Debenedetti. In recent years, Debenedetti has pretended to be Thomas Pynchon, Don DeLillo and faked an entire interview with Phillip Roth.

News agencies such as AP, Reuters, and big newspapers are able to verify news, Debenedetti once told Business Insider. But little newspapers, blogs, and radio stations are not able to verify, and so regularly accept rumors and fake news. The problem is the situation of social media, and generally of the web. I’m sure I’ll continue.

Despite what Joyce Carol Oates tells you, Cormac McCarthy's publicist tells me he is alive. This is a hoax. pic.twitter.com/GgoQAaCqTK