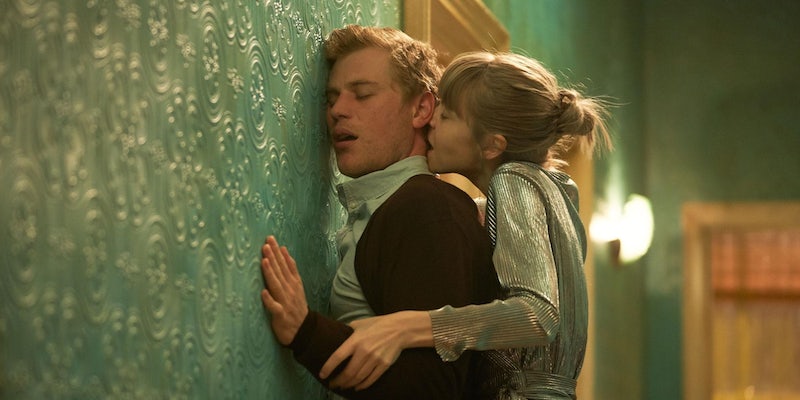 Is this the most misleading movie poster of 2020?

It inspired some very inaccurate assumptions about the movie 'Cordelia.'

Congratulations are (kind of) in order for the movie Cordelia—its poster unexpectedly went viral this week.

It depicts a man and a woman in an intense embrace, with the woman pushing the man up against a wall, kissing his neck. This pose immediately caught people’s attention because it felt like such a clear subversion of the typical gender roles in a straight romance movie, suggesting a sexy drama with a dominant female lead.

At a glance, the poster also looks like it’s advertising a historical drama. The characters are actually wearing modern clothes, but several aesthetic choices conspire to make us think Cordelia is something along the lines of Phantom Thread or Atonement. The typeface on the title looks old-fashioned. The soft, subdued lighting resembles other historical movie posters. A lot of people even mistook Flynn’s outfit for a 19th-century costume, because he’s wearing what looks like a white stand-up collar.

But Cordelia isn’t historical, or even a romantic drama. It’s a horror thriller where Antonia Campbell Hughes plays a woman who is struggling with fear and paranoia after a traumatic event. She’s worried she’s being stalked, and Flynn plays her creepy neighbor. The trailer introduces a dark, unnerving tone that bears no resemblance to the assumptions people made from the poster.

Cordelia‘s poster doesn’t seem like an intentional bait-and-switch, and it’s not precisely false advertising. But it’s amazing how many people looked at it and made exactly the same wrong assumptions about the film. Movie posters are so formulaic that we subconciously recognize certain visual cues to signal certain ideas. A white background and red text means a mainstream comedy. Visually dark posters imply thematically dark stories. Action movies often depict a full-length shot of the hero with their back to the viewer. And so on.