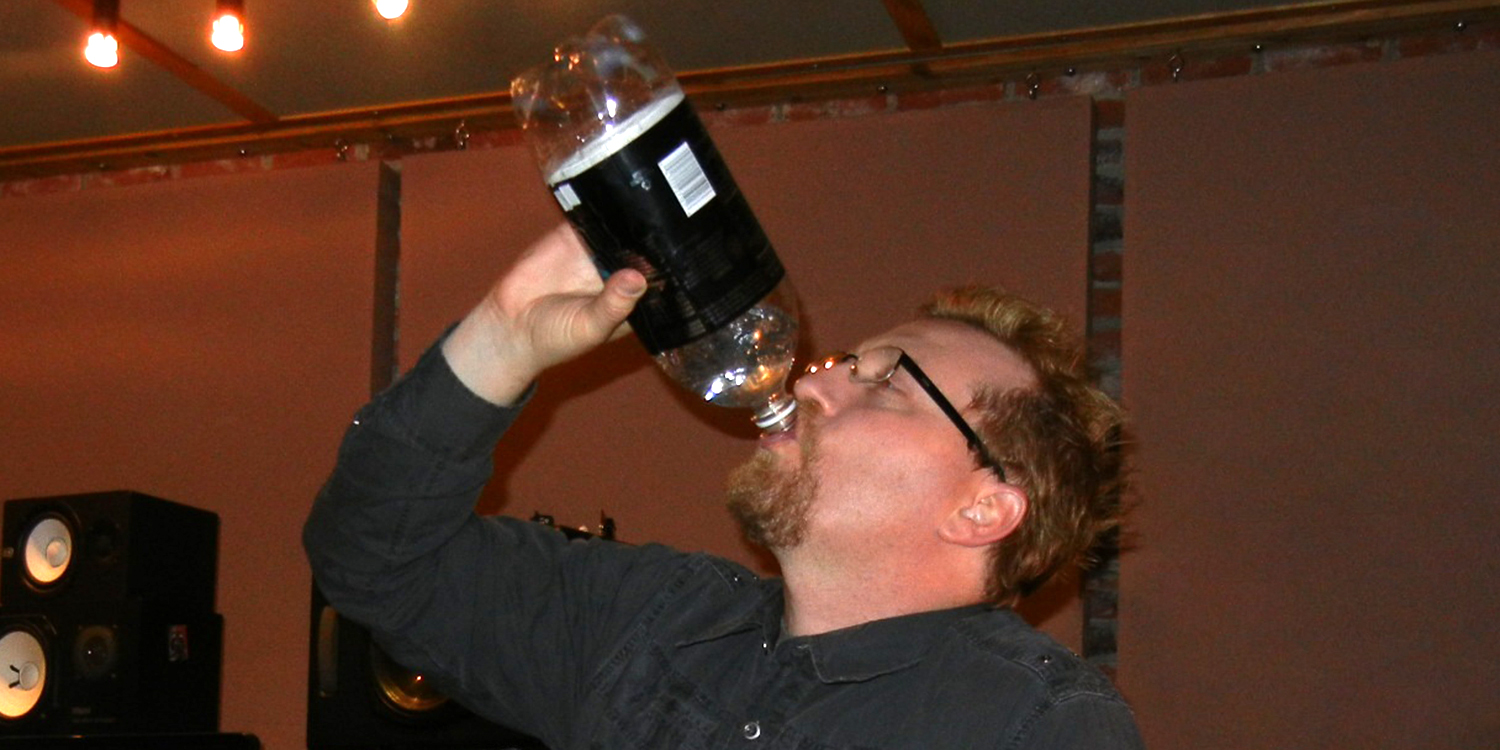 We all have our coping mechanisms. Some of us self-medicate with alcohol or video games, others through sexual practices involving urine. And if that sentence seems like it went from zero to 100 real quick, there’s a great Tumblr meme you have to see.

The “coping meme” is a text-based trope that takes the form: “Some People Use??? X to Cope???” Don’t leave out the excessive question marks—they’re very important.

The original example comes from a November 2016 post where Tumblr user computerworm presented this dialogue as typical of the Tumblr community:

This is an exaggerated parody of Tumblr’s robust “callout culture,” right down to the passive-aggressive tone and abundant question marks. It seemed to hit home for a lot of people on Tumblr, who reblogged it tens of thousands of times and turned “some people use??? … to cope???” into a meme.

A word here on the nature of Tumblr memes: While most other sources of original memes are heavily image-focused, Tumblr is one of the few places where you can still find a good new text-based meme. A lot of the best jokes on Tumblr aren’t in the posts themselves; they come from snappy exchanges in the reblog chain. So Tumblr is the perfect place for a snowclone—a stock phrase with a place to plug in a variable—to thrive.

All you have to do to play this game is replace “piss” with the coping mechanism of your choice. A variation that really took off in late January was “some people use??? soda to cope??”

It’s ironic because the coping meme started out as a spoof of Tumblr’s acute sensitivity to ableist language, but many, many people had a problem with the “soda to cope” comment on the grounds that it seemed to be making fun of people with ADHD.

The popular meme-tracking Tumblr Meme Documentation posted about the coping meme this month and immediately received loads of comments arguing that the coping meme is an example of neurotypical privilege.

“anyways can we stop with these ‘some people??? use X??? to cope???’ jokes? it originates from post where people were ridiculing the fact that people with adhd use caffeinated drinks to self medicate :^),” Tumblr user commander-ledi wrote in one of the most popular callout posts about the meme.

The counterargument comes from the creator of the coping meme herself, Computerworm, who responded, “I created the meme and it was about piss fetishists.”

She continued by spelling out the original joke explicitly, in case anyone missed it:

and also @ ppl who are saying it’s still ableist..  this joke is being made by ppl who are mentally ill to mock manipulative ppl who try to defend their shitty behavior by saying its ‘to cope’ and who imply that it’s ableist if you confront them on their shit so they can avoid criticism

As the argument about the coping meme and whether it should be retired as “problematic” rages on, the meme itself is more popular than ever. Here are some of the best examples:

Many instances of the meme, like the original joke, are comments on the nature of Tumblr itself. For example:

Because of its Tumblr-specific in-joke nature, this meme is probably never going to be huge on Facebook, but it’s got a lot of potential staying power on Tumblr itself. It’s already being adapted by Tumblr’s fandom communities—which are really the heart and soul of the site—into scenarios about their favorite characters. The Voltron fandom already has one:

pidge: some people??? masquerade as a boy and infiltrate the garrison?? to cope???

lance: pidge that literally was you coping

And if you doubt the meme’s reach or versatility, you should know that someone posted an Always Sunny in Philadelphia version, for chrissake: Some people use “dennis is the bar” to cope.

I guess some people just use??? memes to cope???