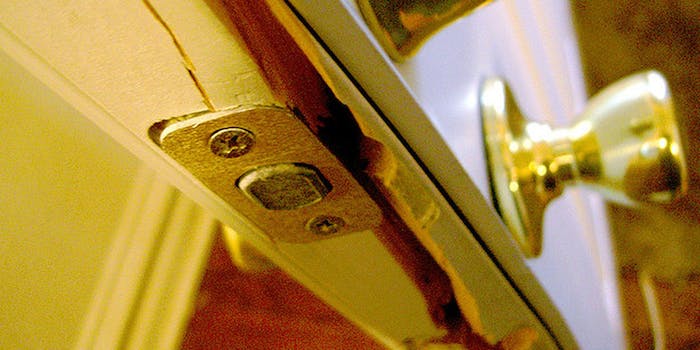 And you thought their customer service was bad.

Comcast is the most hated company in America for a host of reasons—absurd pricing, abhorrent customer service, and throttled Internet prime among them. But the Rawat family of Kirkland, Wash., are suing the cable giant over something far worse: attempted murder.

After moving in September 2013, the Rawats had Comcast’s new-fangled Xfinity Home security system installed by local contractor Pioneer Cable. The “smart home” platform, which has enjoyed favorable press from tech journalists, boasts remote capabilities, live video monitoring, and “state-of-the-art carbon monoxide, smoke, and flood detectors.” Just weeks later, two men were able to break in through a basement window, dragging 18-year-old Deep Rawat from his bed for a sick game of torture and dismemberment that nearly killed him.

Leena Rawat, still traumatized by her son’s violent, harrowing, and arbitrary brush with death, said that Comcast’s contractor certified the house as intruder-proof and promised a “secure network,” even though they didn’t arm the basement window that allowed the would-be killers to slip inside. She had worried about this exact vulnerability, moreover, but was assured that a motion sensor in the basement would be enough, she says. That sensor was allegedly off the night of the attack.

The lawsuit, which also named Pioneer, came about because Comcast’s contract in effect waives all liability for a security breach. “If their argument is to be accepted, they could put in empty black boxes throughout the house and say, ‘That’s your system,’” said Ken Friedman, the Rawats’ attorney, in comments to KING 5. “And then something goes wrong, and they say, ‘We never promised you it would work.’”

Comcast isn’t fazed: “We want to take this opportunity to extend our sympathies to the Rawat family,” the company said. “However, after a review of our records, we are confident that our home security system functioned properly.”

DSL Reports points to another stunning example of an Xfinity Home failure from February of this year: After finding that their back door had been blown open by wind, which should have triggered an alarm, a Houston couple discovered that the system for which they’d been paying $40 a month had been offline for the seven years since they’d installed it. Which goes to show that we really have yet to improve on the principle of the big, snarling guard dog.