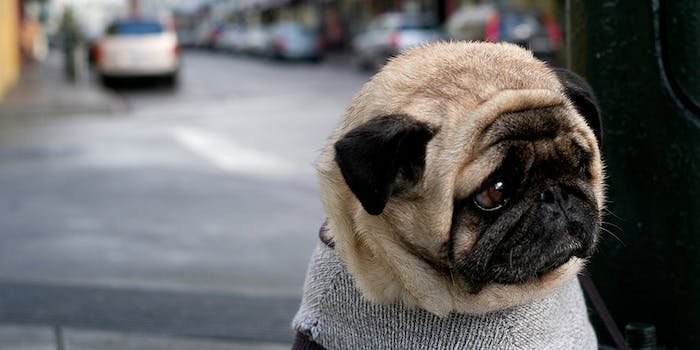 CNN Opinion columnist John D. Sutter may be barking up the wrong tree with his latest op-ed.

CNN Opinion columnist John D. Sutter may be barking up the wrong tree with his latest op-ed. It’s called “The argument for eating dog,” and it has turned Twitter positively rabid.

Sutter’s piece starts by discussing the story of Southeast Asia’s illegal dog meat trade. He concedes that photos of dogs being shipped off for consumption in Vietnam are “difficult to view,” but he quickly segues into his main argument: We shouldn’t treat dogs any differently than we treat cows.

“I fear you’ll see [these] photos and think only one thing: How awful that people in Vietnam would eat these lovable, intelligent animals,” Sutter writes. “You’ll do what I did, which is to imagine your dog, or your childhood dog, in one of these cages.”

Sutter considers this to be a fallacious attitude. “Unless you’re vegetarian or vegan,” he writes, “you don’t have any moral high ground to stand on.”

In Sutter’s view, “eating dog could be seen as a reasonable alternative to pig, which is another highly intelligent animal, capable of being a companion to the likes of George Clooney.”

We wonder what George Clooney would say about eating dog meat. After all, he does think Mr. Fox is fantastic.

Sutter’s op-ed has inspired quite the discussion on Twitter, where people are:

@moneyries @themarkberman @datatheism I was going to have a steak before I read that. Now ill just see my dog on the plate.

full disclosure: I have eaten dog and I now work at CNN.

Might as well eat him RT @tnr A new study will make you feel oh-so-guilty for ignoring your puppy: http://t.co/H5oZyFuVBA

And arguing that resistance is futile:

After all, Sutter’s Twitter profile gives away his true passion:

(The underdog is, of course, the most tender part of the dog.)