Meet the actor who plays a depraved Kenneth Starr in ‘Clinton: The Musical’

Everything old is new (and funny) again.

While many Americans of the Internet Age might look back on Bill Clinton’s presidency, recall the Monica Lewinsky scandal with a chuckle, and immediately go about their business, the story of our 42nd president’s sex scandal seized the imaginations of two brothers down under.

Australian composers Paul and Michael Hodge, seeking material for their next stage show, looked into the Clinton presidency (on the advice of their father) with an eye toward harvesting it for a musical comedy. Boy, have they succeeded. This is a story every American of a certain age knows—though perhaps not as well as they would had it taken place in a world with Twitter—but the brothers Hodge have made it interesting all over again, and then they went and made it funny too.

The delightfully unconventional production of Clinton: The Musical at New World Stages in Manhattan features two Bill Clintons, often on stage at the same time—one to portray his younger, wilder side, and one to portray the diligent elder statesman. It’s a storytelling gamble that rewards the audience with that much more comedy, and it’s a joy to watch them play off of each other. The female roles are brilliant. As this is, at its essence, a story of sex scandal, producer Kari Lynn Hearn paid special attention to how the Hillary and Monica characters were presented, and these portrayals evolved as the show went through smaller iterations. Kerry Butler (Hillary) and Veronica Kuehn (Monica) deliver memorable performances and sing songs that will haunt you as you walk back to the subway after the show, and veteran standup comedian Judy Gold has no problem inciting laughs in her various smaller roles throughout the production. 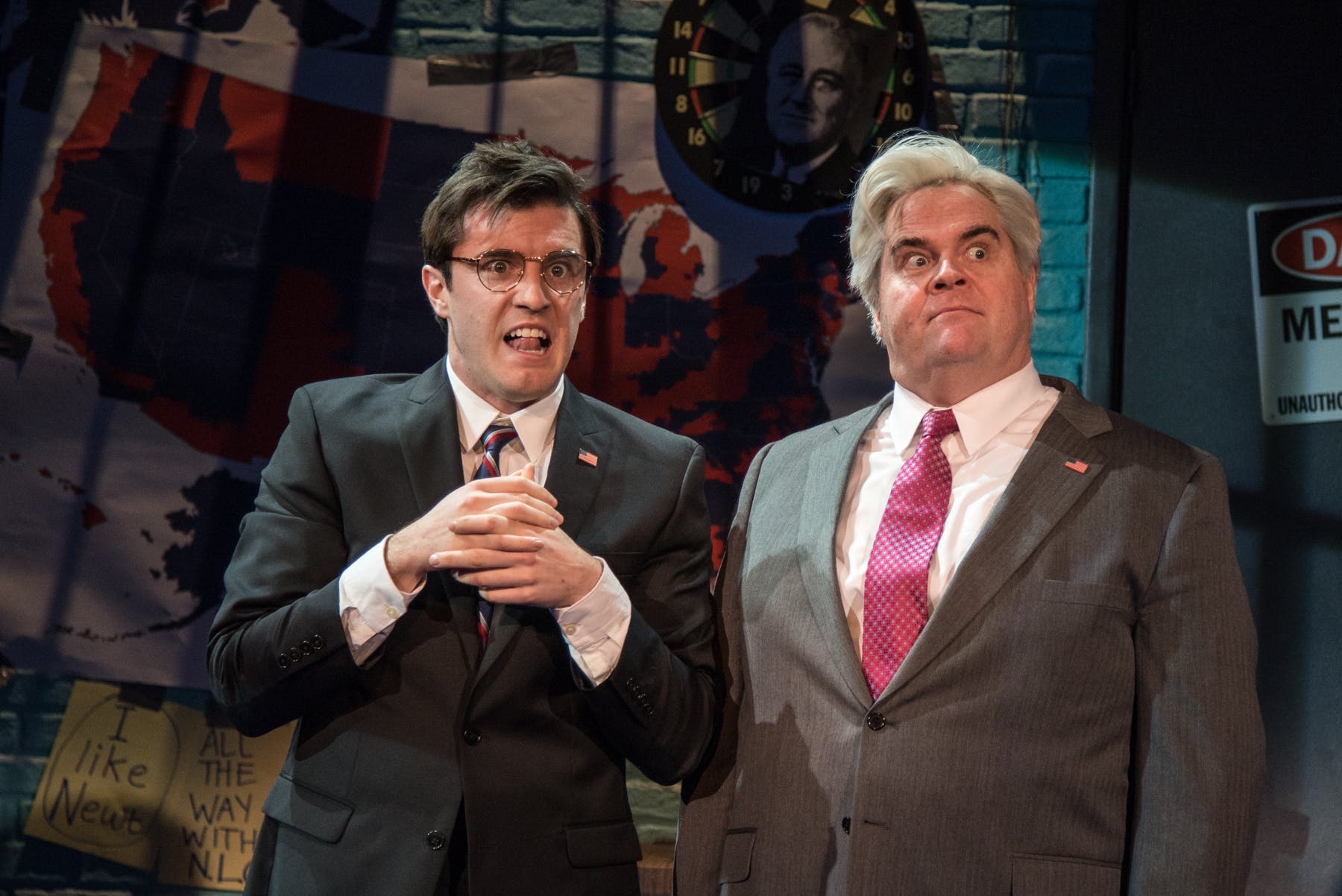 “There’s a little bit of Gollum in there for sure,” said Zak. “If you watch Ken Starr on YouTube, he’s probably the exact opposite—bland and boring. I make him cartoony to give him campiness. It’s not mean-spirited—I’m obviously nothing like him, and it’s obvious when you see the show.”

Zak’s been with the show for a year and a half, with inroads made not with a formal audition, but by being a scene-reader to help audition others. At the end of the day, the producers asked him to audition as well. In preparation for the role, Zak read the Starr Report during rehearsals.

“It’s extraordinarily explicit,” he said. “Paul [Hodge] got the idea that Starr was sexually obsessed with Bill Clinton. The report includes everything they did. The cigar, other unmentionables.” The pieces come together in Zak’s crazed, animalistic portrayal of Starr, the memory of which has this writer smiling as he types these words.

Word about the show is getting around in the theater world. Stephen Sondheim was in the audience for the same show I saw (a high-profile Broadway sighting that Zak confirms), so consider yourself hip to the jive: There is musical political satire gold being mined at New York’s New World Stages. Get yourself there.