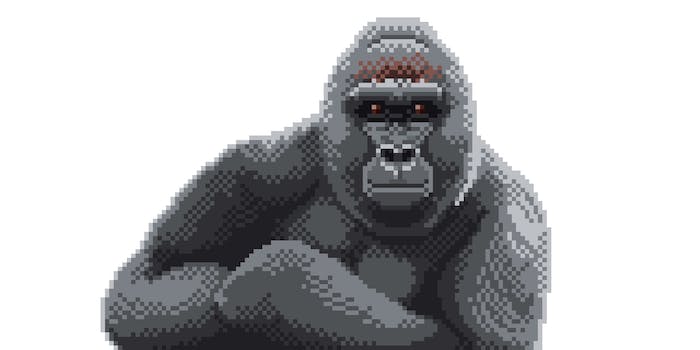 No, Clemson University did not ban Harambe

The university told the Daily Dot the story is 'not accurate.'

Yesterday, Campus Reform, a website that describes itself as “a watchdog to the nation’s higher education system,” reported that Clemson University would be banning images of beloved meme/presidential candidate Harambe from its Shoeboxes dorms.

The story, which claimed Harambe was banned by Community Director Brooks Artis because the memes add to rape culture and are a form of racism, was picked up by numerous conservative websites ready to wring their hands over PC culture invading our college campuses. According to the emails, “There was a report from an individual about a meme being offensive and bias [sic] in nature,” and that his image would not be allowed in public spaces in the dorms.

Gouch forwarded the Daily Dot an email that was sent to residents of Clemson’s Shoeboxes dorm Monday night, clarifying its official Harambe policy:

Good Evening –
This email is meant to clarify some earlier communication you may have received as a member of the Shoeboxes community.

We are committed to creating an inclusive, safe living community where all residents feel comfortable in peacefully expressing differing points of view. Last week, a door posting with a meme was brought to the attention of our staff as its content made some feel uncomfortable. We also want all residents to feel they are able express their thoughts, opinions and ideas.

To that end, we want to clarify that building residents are able to post items on their individual doors.

Should you encounter any issue of concern please reach out to your RA or other hall staff members for assistance.

So, while it does appear there was a Harambe-related incident, it has not resulted in his image being banned from public spaces.

Gouch explains that the screenshots obtained by Campus Reform were in fact emails “sent by one person to RAs who sent it to students,” but that they do not reflect campus policy. It’s unclear whether this person sent the emails as a joke, or whether it was Artis and she later retracted her stance (when contacted for comment, Artis directed the Daily Dot to Clemson’s Media Relations Department). But at least for now, Harambe the meme is safe—that is, until we kill him.