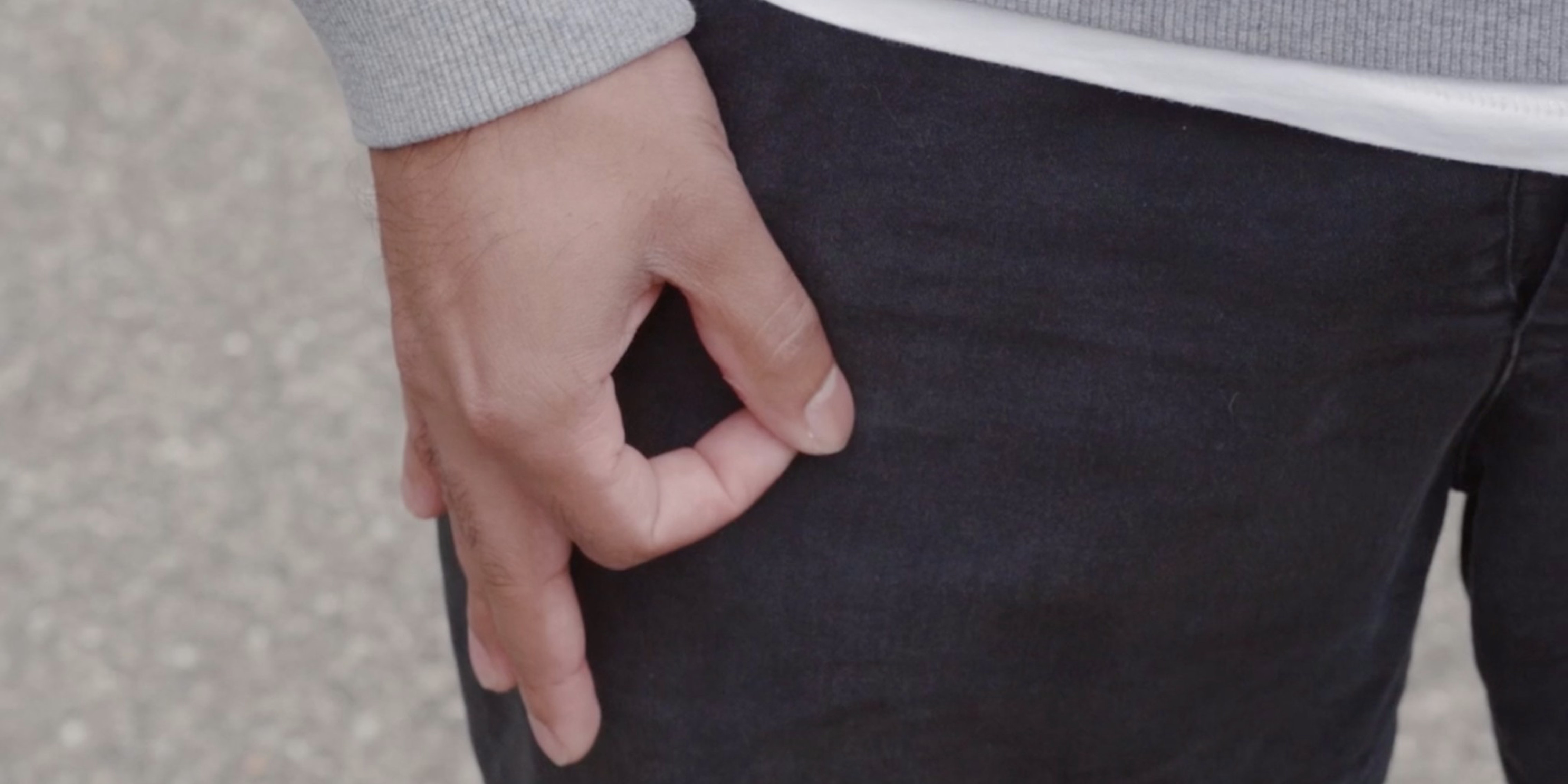 It was all the rage on the schoolyard.

Kids play some of the silliest games, but there’s truly no game as dumb the “circle game.”

You probably remember how all the cool kids in elementary school and junior high would trick their friends into looking their way, only to have a circle formed with their thumb and pointer finger below the level of their waist. The person who successfully got their friend to look at the finger-circle was then allowed to give them a good ol’ sock to the shoulder. But if the prey was able to stick their finger in the hole without looking, then they got to punch the circle-maker.

Yeah, pretty idiotic. Modern science has still not figured out why schoolyard kids have the desire to hit one another according to the rules of this ritual. But director and filmmaker Jesse Vogelaar will make you nostalgic for the game with his short “You Lose.”

In the film, Vogelaar shows that anybody, regardless of age, gender, skin color, religion, etc. can partake in the circle game. And that’s pretty damn beautiful. Hell, even a dude in a casket might try to trick you.

Stay on your toes, kiddos—you never know when someone will be playing the circle game now.