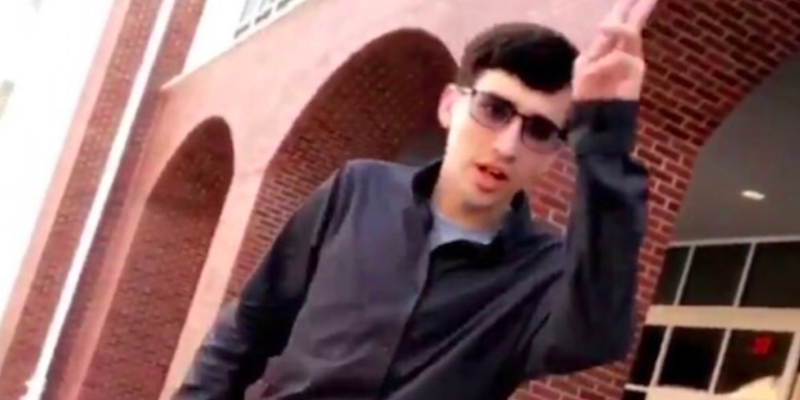 Ryan's got one word for you...

Last year, a high schooler turned his friend into a viral sensation by trolling him every day: “Damn, Daniel!” Josh Holz would say, on video, to his friend Daniel Lara. The teens went on Ellen, they met Weezer, and they were the biggest thing on the internet for a brief moment. But “Damn, Daniel!” has come and gone, and now it seems like the public is finally ready for a new kid with a viral catchphrase. Meet Ryan Scott, a.k.a. “Ciao Ryan.”

Ryan is a University of Louisiana freshman, and a classmate named Thomas (@tslight_24 on Twitter) has started acting as Ryan’s personal paparazzo. Thomas has been catching Ryan on Snapchat over campus, and every single time, Ryan walks away and says, “Ciao!”

He comes off as awkward in front of the camera, and at first he didn’t know how to respond to questions like: “What the bidness is?” and “What it is, buddy?” But his catchphrase (and the way he delivers it) has transcended the haters. Everyone loves it.

you vs the guy she tells you not to worry about pic.twitter.com/MMk0NBRyoT

Ryan’s got a Twitter account now (@ciaoryan, of course), and already it’s blowing up. He’s gained 13,000 followers in just a week of being internet famous.

And he’s not just big online, he’s big on campus.

“I have more people coming up to me and chatting, and I honestly feel so great,” Ryan told the Tab.

He and Thomas are officially best buddies now, too. Just look at these guys!

It’s only a matter of time before Ryan’s fame fades, like Damn Daniel’s before him, but he’s making sure to enjoy it while it lasts. Good for you, Ryan.