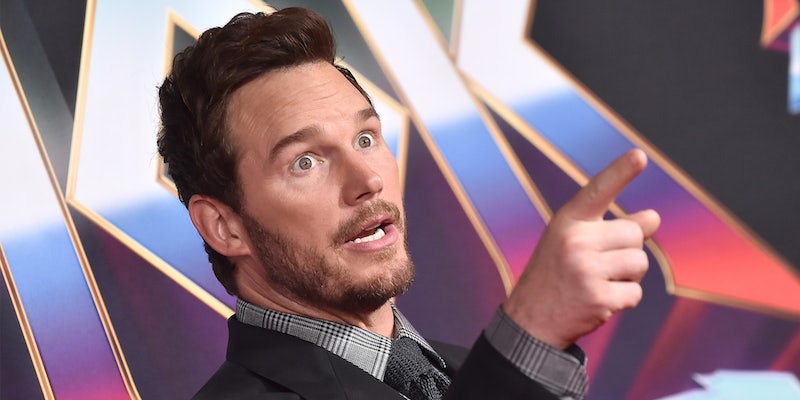 When a celebrity starts complaining about “woke critics,” it’s rarely a good sign.

This week, Chris Pratt courted controversy with an Instagram story about his new show The Terminal List, a military action thriller that earned mixed reviews but reached the #1 spot on Amazon. Celebrating the show’s success, he reposted a Daily Mail headline declaring that The Terminal List “defies woke critics’ scathing reviews,” re-framing the negative reviews as evidence of a political conflict.

He followed this up with a Dr. Evil meme captioned “One point six BILLLLLLLLLION minutes,” referring to the show’s viewership stats.

In what’s now becoming a habit for Pratt, these remarks created a mountain out of a molehill. The Terminal List has an underwhelming-but-not-terrible 40% rating on Metacritic, and there isn’t much evidence of a widespread political backlash against the show. However, after he made this Instagram post, his haters began to take notice—as did conservative media outlets.

Based on a novel by former Navy SEAL Jack Carr—who once published an op-ed supporting President Trump’s military policies—The Terminal List does appear to skew conservative. But this isn’t exactly unusual for a military action thriller. The more negative reviews mostly criticize the characterization, pacing, and grim tone, and while The Daily Beast labeled it an “unhinged right-wing revenge fantasy” (garnering coverage in right-wing outlets), that’s just one review among many. So by sharing this Daily Mail headline framing this as a “fans v critics” culture war, Pratt created a self-fulfilling controversy, leading more people to push back against his remarks.

This cycle is familiar territory for Pratt. First, he faces some kind of criticism online—either something mild (like being voted the “worst Chris” in a Twitter poll), or something more serious (like being accused of homophobia or insulting his ex-wife and child). Then he goes on the defensive, often making the situation much worse.

Each time this happens, Pratt becomes a more polarizing figure—especially on a political level. Despite being pretty vague about his specific political values, he’s managed to gain a reputation as one of Hollywood’s A-list conservatives.

It’s always a little awkward when an actor strikes out against negative reviews, but by reposting a headline using the dogwhistle phrase “woke critics,” he automatically aligned himself with a conservative outlook. (As always, we have to wonder: What does “woke” actually mean in this context?) This then inspired supportive coverage from right-wing media—and another round of backlash from left-leaning commentators on Twitter.

Responding to this news cycle, The Terminal List author Jack Carr told Fox News, “There’s no ‘woke’ or ‘anti-woke,’ but just because there’s not this ‘woke’ stuff that’s shoved into it, then it’s perceived—by critics, at least—as not promoting their agenda, so they’re going to hate it.” He also said that the show doesn’t “mention” any kind of left/right political affiliation, but that critics (specifically The Daily Beast) were offended by the sight of the American flag and a hero who is “competent with weapons.”

So in the space of a few days, The Terminal List‘s mediocre reviews transformed from a non-story into a new chapter in the culture wars.