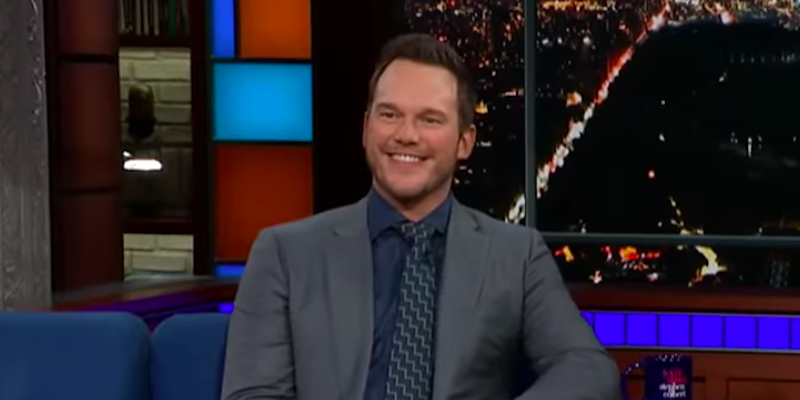 After Chris Pratt opened up about his faith and his faith-inspired fasting on The Late Show, Ellen Page called the actor out on Twitter for being part of a church that is “infamously anti-LGBTQ” over the weekend. Pratt responded in a lengthy written Instagram story, saying the suggestion that his church is “infamously anti-LGBTQ” couldn’t be “further from the truth.”

Oh. K. Um. But his church is infamously anti lgbtq so maybe address that too? https://t.co/meg8m69FeF

In reference to his divorce from Anna Faris in 2017, he wrote that despite what the Bible says about divorce, the church community “was there for me every step of the way, never judging, just gracefully accompanying me on my walk … It is what I have seen them do for others on countless occasions regardless of sexual orientation, race or gender.”

He went on to say he is not defined by his church and is not a “spokesman for any church or any group of people” and that he believes that “everyone is entitled to love who they want free from judgment of their fellow man.”

Chris Pratt just posted this on his instagram story addressing his church. pic.twitter.com/eiEg4ICnXi

Despite his explanation, people are not having it. Pratt has been known to be thirsted after, but one person on Twitter said that’s canceled.

“Please note gays: we are officially done thirsting over someone who defends homophobia,” they wrote.

please note gays: we are officially done thirsting over someone who defends homophobia https://t.co/yQxGVPwDN5

Others pointed out the fact that he said he was accepted by the church even after getting divorced isn’t the same as accepting LGBTQ people.

chris pratt: my church isn’t racist or homophobic because it accepted me, a PoD (Person of Divorce).

If Chris Pratt chooses to be the public face of Hillsong, which he has, Ellen Page is absolutely correct to ask him to account for the church’s record on LGBT+ rights. It’s not a personal feud between celebrities, it’s speaking out against homophobic cultural hegemony.

ellen page: hey chris, you go to this church that is known for not being accepting of the lgbt community so maybe address that
chris pratt: b-but :( this church was understanding when i, a straight man, divorced my straight wife :( why are u attacking me :(

The actor reportedly attends services at Zoe Church in Los Angeles with his fiancee, Katherine Schwarzenegger, according to the Hollywood Reporter. Zoe Church is part of the Hillsong family, which does have an anti-LGBTQ history. The pastor, Brian Houston, has said they are “a gay-welcoming church but not a church that affirms a gay lifestyle.” Other celebrities such as Justin Bieber, Hailey Baldwin, and Selena Gomez also attend Hillsong churches.