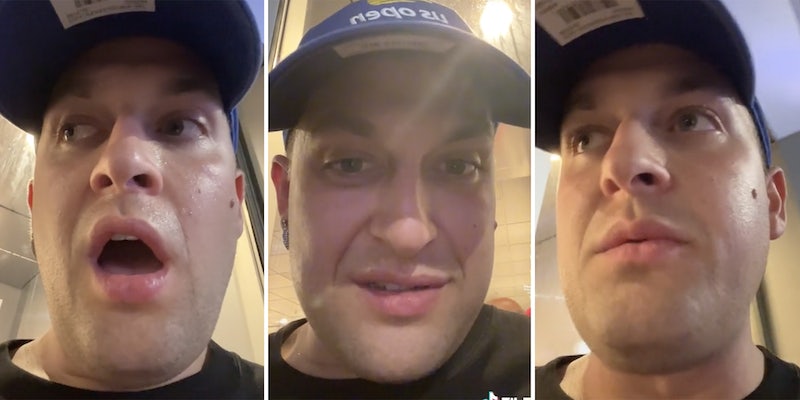 ‘Thank you for noticing me’: YouTuber Chris Klemens raises awareness about the disregard for service workers

When YouTuber Chris Klemens went to the US Open, he made a now-viral TikTok about an encounter with a custodian that’s resonating with everyone who’s ever worked in a service industry job.

service workers past present and future needa stick together 😭

Speaking into the camera, Klemens (clitklemmy on TikTok) explains that he casually thanked the custodian who was cleaning the bathrooms at the US Open when the custodian responded by saying “thank you for noticing me.”

Obviously upset that the custodian had been treated so badly that this was something he felt the need to thank people for, Klemens ended with a hyperbolic statement about jumping off a bridge to express his distress and captioned his TikTok “Service workers past present and future needa stick together.” The video now has more than 786,000 views.

Former service workers quickly flooded his comments, sharing their own experiences of dehumanizing treatment and being taken for granted. “I am him and he is me,” wrote one TikTok user.

With quite a few saying that just being acknowledged and thanked makes all the difference.

As for the nonservice workers who follow Klemens, it seems his TikTok has had at least some of its intended effect, with many commenting that they were going to make a habit of thanking custodians from now on.

The Daily Dot has reached out to Klemens for comment and will update this story if he responds.