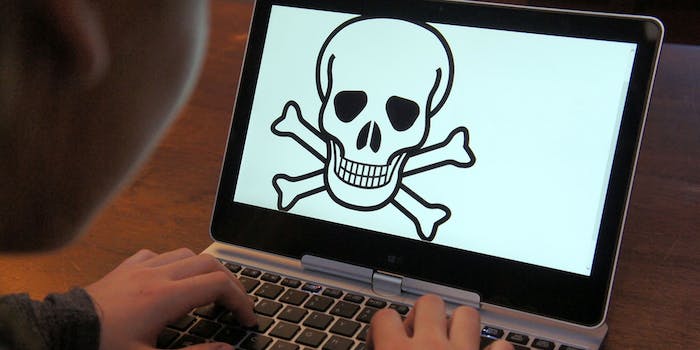 Life without the Internet is impossible. We use it for everything, and although whether we’ve become full-blown addicts is debatable, the reality is that almost everyone in this country now struggles to find the balance between their “real” lives and their digital ones. And part of that struggle includes determining when digital lives should begin.

On Friday, Politico’s Erin Mershon reported that Facebook is now planning to bring social networking to children. According to their new patent application, the system would allow a child under 13 to join Facebook by getting approval through their parent’s facebook account. Parents would then have a certain amount of control over the “content, friends and third-party applications available to the child.”

This may be an uphill battle for Facebook, but that’s not to say they won’t take it on anyway. For starters, they’d have to comply with COPPA, the Children’s Online Privacy Protection Act of 1998. On top of this legal hoop, Mershon points out that there is already concern children under 13 have tried to join the site by concealing their identity—and that a company called AssertID previously tried to propose a method of parent verification for social media sites, which was shot down by the FTC (Federal Trade Commission).

Bringing Facebook to kids is a tricky proposition. For one thing, Facebook makes the majority of their money from ads, which are tailored to users. But besides the potentially harmful effects that inescapable advertising can have, Facebook, by law, has to be protective of children’s information, which means their current ad model for adults is out of the question.

Yet Facebook’s victory in this realm seems inevitable. Ultimately, social networking could be extremely beneficial for children, both as a basic learning tool, and as a way to learn about how to engage with the Internet itself. The challenge lies in creating a system that brings parents and children together in this pursuit.

Technology has been known to harm everything from children’s attention spans, to their language skills and their general well-being. But it’s not necessarily fair to ascribe these negative results just to children. It’s been shown that Facebook engagement can make people pretty depressed, especially if they’re passively scrolling rather than actively posting and conversing.  And everyone has been frustrated with themselves once or twice for clicking on a link that wasted their time, which in turn took them to another link that wasted their time, in a kind of vicious cycle.

But Dan Pontefract of HuffPost Tech recently wrote an article detailing research that found technology is not inherently detrimental to a child’s brain development. Instead, the predominant thinking is that the time children spend using technology should be monitored. For instance, research psychologist Dr. Larry Rosen wrote a piece at Huffpost Tech’s family-oriented cousin, HuffPost Screen Sense, suggesting that for every one minute a young child spends using technology, they should spend five minutes doing something else.

Moreover, children are learning how to use technology faster than ever before, making it virtually impossible to prevent it from being at least a small part of their lives. Last year, a study from Common Sense Media, an advocacy group devoted to helping families navigate the digital age, made headlines when it found that 72 percent of children under eight have used tablets or smartphones. That’s up from 38 percent in 2011. But with the push to put iPads in schools, it’s no wonder that this number is on the rise.

Mark Zuckerberg has talked about the educational possibilities of getting children involved in social networking from a young age, and if Facebook focuses its energies on partnering with apps devoted to teaching valuable skills, he might be on to something. This would not only help solve the issue of how to monetize a social networking system made for kids, it would help Facebook’s image by putting them at the frontlines of the growing initiative to incorporate technology into education.

This brings us to the next step in the equation: parents. You don’t have to look very far to find lots of advice on how to keep children safe when using technology. Whether it’s explaining popular websites, giving advice about how to deal with cyber-bullying, or just general tips on protecting children from the big, scary digital world out there, everyone has an opinion.

Facebook’s plan to involve parents directly in their child’s use of the site is a step in the right direction. It’s not foolproof, since it would be virtually impossible to monitor a child’s Internet activity all the time, and all children eventually tend to seek some kind of freedom from their parents’ supervision. But it seems fair to say that parents should at least be aware of their children’s Internet habits, especially depending on how young their child is. As is the case with all media consumption, at least some responsibility must be placed not just on what a child is consuming, but the parent who is letting them consume it.

The truth is that you can’t force every parent to get involved in the well-being of their child. To a certain extent, that has to come from within. But even parents who do want to be involved in their children’s Internet usage need to examine their own habits first.

She has also found a direct link between her own use of technology and her child’s. “He copies and emulates a lot of my behaviors, so it’s unfair for me to tell him, ‘No, you can’t play with mommy’s phone right now,’ and I’m texting,” she notes. “I think it’s very important to set boundaries and guidelines for ourselves and live by them if we expect our children to be good digital citizens.”

Either intentionally, or subconsciously, most children will imitate their parents at least a little bit no matter what. If we assume that the lives of all children are in part a reaction to the lives of their parents, we have to assume that’s true of their digital lives, too. Children will continue to want to use technology as long as we use technology. So if we want to keep our iPhones, it’s in all our best interests to start educating children on the perils and benefits that come with living in a digital world from a young age.

Letting kids join Facebook isn’t the real issue here. The real issue is making sure they know how to use it better than we did when we first started.

Photo by IntelFreePress/Flickr (CC BY S.A.-2.0)