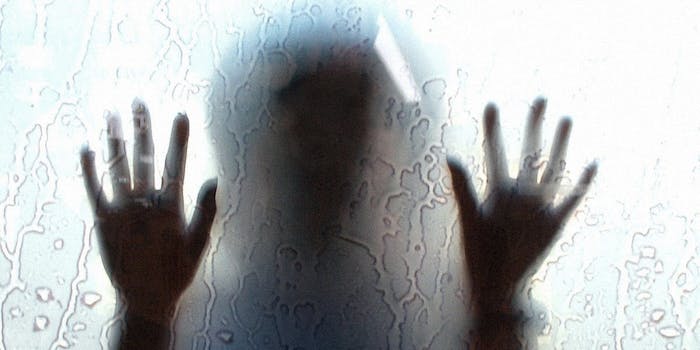 It's the Kylie Jenner Lip Challenge meets the ouija board.

Back in my day, kids used as ouija board to make contact with the dead. Now, the youth of today are using two pencils and boxes that say “yes” and “no” to chat with the afterlife in the #CharlieCharlieChallenge.

So this is how it works. Participants are stacking two pencils on top of one another in the form of a cross on a piece of paper. In the quadrants that are formed, they’re writing yes in two of the boxes and no in the other two so that the matching answers are diagonally across from one another. Then they chant these ritualistic words:

“Charlie, Charlie are you here?”

Then they wait until the top pencil spins and gives an answer. People have been looking for answers through the game, along with freaking out when the pencil finally moves.

The hashtag is hot on Twitter right now, with people tweeting up a storm. But the trend seems to have evolved into people poking fun at the ritual, creating various remixes and other video reactions that call out the challenge.

do I look good?

On top of all of this, there seems to be a Tumblr text post that has been recirculated through Twitter explaining the dangers of the game.

RT TO SAVE A LIFE pic.twitter.com/uM3Q3fiSGr

Participants apparently can’t just ditch out on Charlie, they have to close the spiritual connection properly–basically what any horror movie about contacting the dead has taught. Fail to end the connection amicably, and you might just be haunted.

Also, various places have deemed Charlie as a Mexican spirit. There does seem to be some evidence on the Internet that backs this claim up before the current challenge went viral, but the game with Charlie seems to be played in various ways. One site from 2012 says that Charlie died in a car accident with his parents.

Viral trend that everyone wants to try out? Yeah. Reliable way to contact a dead kid named Charlie? He’s probably too busy playing with other summoned specter Bloody Mary.

Photo via piccadillywilson/Flickr (CC BY 2.0)