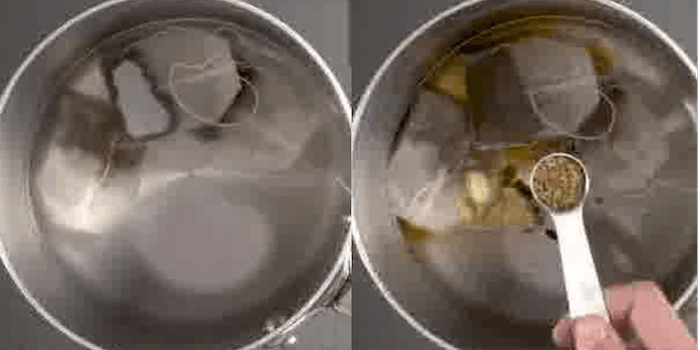 Since when is maple syrup an ingredient?

On Sunday morning, WebMD posted a chai latte recipe video that went viral for everything but its simplicity. The 51-second clip, titled “How to Make a Chai Latte at Home,” received over 1,400 likes and hundreds of critiques for its questionable ingredients and instructions. The conversation, which has erupted over the course of two days, suggests that traditional recipes should not be manipulated, or you just might end up with maple syrup in your chai latte.

According to Twitter users’ responses, the traditional South Asian drink is far more complex than starting with three black tea bags and boiling water. Many users also noted that syrup of any kind, coconut milk, and the multiple spices listed by WebMD, are not usual ingredients for the chai beverage.

Users flagged that the recipe is closer to pulav (a rice-based dish) or chole (a chickpea-based dish). “Ew! Three sticks of cinnamon!!” tweeted user Priya Ravichandran. “Pls! My desi masala chai rocks. This is so wannabe,” added Chaiti Narula.

One Twitter user, Nandita Iyer, shared her own recipe for making the delicious drink. The author’s recommendation calls for ingredients that were not listed in WebMD’s video like milk, sugar, ginger powder, and optional ginger spice drops. The preparation time is about 10 minutes.

If you’re interested in perfecting the drink at home, we’ve included Iyer’s recipe below: