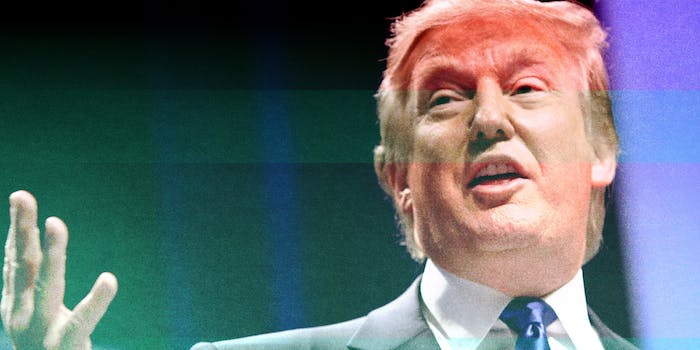 It’s time for CEOs to stop running for president

Why Trump and Fiorina aren't fit to run America.

The Washington Post and Slate have called Fiorina “the clear winner” of what many deemed “the kids’ table,” while the later debate saw Trump dominate his competitors, the conversation, and even the moderators.

Their respective victories and, for Trump, success in the polls is less a statement on their individual strengths and more a strong rebuke of career politicians. When it comes to public opinion, politicians essentially rank with lawyers and SeaWorld executives. Many people from the business world know this fact and find it easy to exploit in their own quest to reach political office, painting themselves as outsiders who can bring business sense to the closed world of Washington politics.

However, as many former executives who achieved this dream have found, the transition from the board room to legislative or executive bodies is often a difficult one.

What all of them, and Trump and Fiorina, have succeeded at doing is convincing a segment of the electorate that their absence of governing experience actually makes them more qualified for a job where the central function is governance. Fiorina spent much of Thursday’s debate convincing primary voters she is a “true conservative” stating “I am not a member of the political class.” Trump has famously put himself outside the party, functionally running on the idea that he’s so rich he can’t be bought by the lobbyists and special interests behind his competitors.

As John Harvey writes in Forbes, many tend to flock to these messages based on the false belief business people have to be more efficient out of fear of failure. “This must be the case,” says Harvey, “or the entity in question would lose market share and go bankrupt.” The Atlantic‘s Eric Schnurer makes the counter argument, writing that many of the problems facing government today mirror those facing most businesses, including the threat of failure (many municipalities declare bankruptcy) and takeover (by conservative interests attempting to close government agencies).

While Schnurer’s assessment might be true, the tools an executive have are not readily available to a president. CEOs are trained for a world where they are the central power, able to make large-scale changes with little notice and only fearing the backlash of a board of directors the CEO likely hired.

The presidency, or even a governorship, is far from that. While the president at any given time is typically called “the most powerful man in the world,” it’s a job reliant on compromise and the functioning of two other branches. The executive in a company can be stopped but with great force by his detractors within the company. A president requires massive support just to get the basic things done.

Few know this transition more than Jon Corzine, former CEO of Goldman Sachs who served one term as governor of New Jersey. In a post-mortem interview of his political life for Newsweek, he cited eBay CEO Meg Whitman’s 2010 campaign to be governor of California as a victim of this folly. “The idea that you’re accountable to a bottom line and to a payroll in managing a business—it gives voters the confidence that you have the right skills [to govern],” Corzine told the magazine. “But it’s 20,000 people versus nine million. I don’t think candidates get the scale and scope of what governing is. You don’t have the flexibility you imagined. There’s no exact translation.”

Whitman, who was cited in 2008 by the New York Times as one of most likely candidates to be the first female president, lost that battle. Like many executives before her, Whitman was attractive to the Republican Party because business leaders often bring large swaths of money and interest within the party’s reach. But that outsider status that executive candidates so often like to cite also means they lack the experience to run a campaign well and the connections to build a campaign infrastructure—among the reasons for Whitman’s loss was her inability to convince Californians she was prepared for the job.

Aside from being ill-prepared by their private-sector experience for the actual job, executive experience can also be a downside for many voters wary of fat-cat business types who can’t relate to the problems of the everyman. While Whitman was certainly painted by her opponents as rich and privileged, few candidates in recent memory have been more hurt by being rich than Mitt Romney. The 2012 presidential candidate often had to flee his experience as CEO and founder of Bain Capital, as well as his very wealthy upbringing.

Despite these well-known fallbacks, executives like Trump and Fiorina still feel their credentials appeal to voters. And they aren’t always wrong, as Trump’s position in the polls proves. Voters have a deep mistrust of politicians and welcome any outside voice seen as speaking a simple truth—hence the “other” phenomenon of the showbiz candidate.

But as much as we reject career politicians as too embroiled in the inner game of Washington, hiring a baker to do a carpenter’s work is not a better alternative.