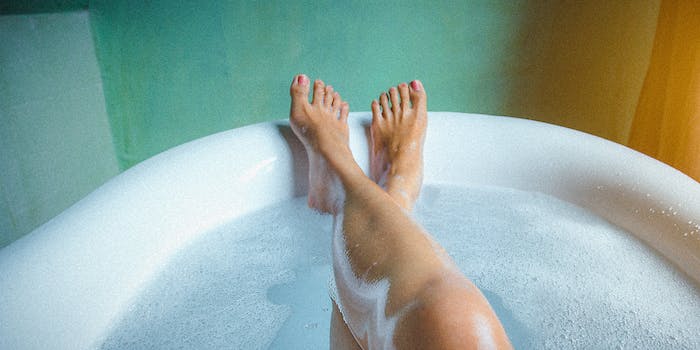 Will the celebs ever stop telling us how little they bathe?

Just when you thought the celebs were done revealing how (in)frequently they bathe their children, Jake Gyllenhaal has stepped in with his own thoughts on hygiene.

In a recent interview with Vanity Fair, Gyllenhaal, when asked about his “shower ritual,” responded:

More and more I find bathing to be less necessary, at times. I do believe, because Elvis Costello is wonderful, that good manners and bad breath get you nowhere. So I do that. But I do also think that there’s a whole world of not bathing that is also really helpful for skin maintenance, and we naturally clean ourselves.

Yes, Gyllenhaal was specifically asked about bathing but the bigger question is why are celebs telling us this? I assume it’s because they’ve ascended to a place of wealth and fame where Kristen Bell can casually say “I’m a big fan of waiting for the stink” in regards to bathing her kids and Mila Kunis can reveal she only bathes hers “If you can see the dirt on them.”

Gyllenhaal is similarly famous and wealthy (and attractive). But just how far back does his “whole world of not bathing” go?

Gyllenhaal trended on Twitter thanks to this bit of info (and because Taylor Swift is releasing a new version of Red, which includes a song about him). People also referenced Robert Pattinson’s stretch of not bathing on the set of Twilight, though Pattinson is also known for trolling.

Are there stinky famous women out there? No doubt. Do we need to know about it? No. But even the non-famous have this urge to tell on ourselves: Never forget the great leg-washing debate of 2019.