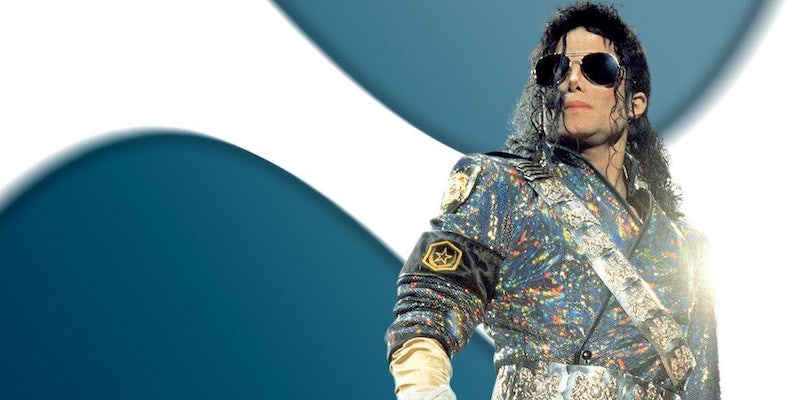 How the celebrity hologram became the face of collective memory

Michael Jackson had never been so prolific—until he died.

Michael Jackson is back.

He has a new album out, his new single is on the charts, and this past Sunday night, he performed at the Billboard Music Awards. And the most impressive part? He’s doing it all from beyond the grave.

Jackson’s now notorious hologram performance at the Billboard Music Awards has proven to be both controversial on and offstage. Whether or not you think the whole thing was in good taste, there’s still the matter of Hologram USA and Musion Das Hologram, who’ve argued that the performance violated their patents, even though a Las Vegas judge ruled that the technology was in the public domain in time for the awards show.

The questions of patents and public domain related to holographic technology may persist for awhile, but in the meantime, we can only expect to see more of these types of holograms. Granted, this might sound surprising in light of the fact that many people appear to be pretty skeptical of them.

In reaction to the MJ hologram, Jillian Mapes of Flavorwire wrote, “The appeal of the dead musician hologram is rooted in shock, not nuance.” And on Twitter, just as many people seemed to think it was creepy as those who thought it was cool.

But this is always the way we always react to new technology (although to be fair, the idea of holograms isn’t exactly “new”). Brian David Johnson at Slate astutely notes that our first instinct with new technology is to assume “It will kill us all!” Maybe no one is that panicky about holograms, but our distaste for them is unsurprising nonetheless.

Yet holograms are just the latest way our cultural icons are being kept alive through technology. It’s a well-known fact that as technology advances, we’ve been able to preserve ancient cultures like never before. It’s no wonder then that we’re also using technology to preserve modern culture. Consider that in the not so distant past, we didn’t have the same access to movies and music and television we did today. Now, we’re just clicks away from streaming almost anything we want. Holograms are merely an extension of this.

Take Tupac Shakur: people are so desperate to preserve the rap legend’s legacy that they’re even mounting a Broadway musical based on his life. Tupac’s steady stream of posthumous albums wouldn’t have been possible twenty years ago, before technology became advanced enough to transform his unreleased material into finished-sounding work. But today, with the advanced level of success he’s experienced after his death, it’s no wonder Tupac was the first major artist to appear in hologram form.

Technology aside, however, artists maintaining a career after they’ve died is fairly common.

The more interesting questions surrounding this area arise from whether the technology used to preserve these artists could ever eclipse the artists themselves.

Pitchfork recently ran a piece by Patrick St. Michael about Hatsune Miku, a digital pop star from Japan. St. Michael observes, “Long before Holographic Tupac and an increased awareness of the technology behind it, American media reports about Miku’s first Japanese concerts held in 2010 portrayed the events as something to gawk at.”

But he goes on to wonder whether the idea of a digital pop star could become more widely accepted in the United States, stating that it’s “far easier to work with Miku than a living, breathing pop star, given that she exists as either software or a hologram.” St. Michael expains, “Artists can do whatever they want with Miku…In Japan, her voice has appeared in pop, rock, death metal, and techno songs—even convenience-store jingles.”

St. Michael has a point; if record companies could make just as much money off fictional creations that they control completely, as opposed to real people whom they can only control partially, why wouldn’t they? Even widely recognized musical genius Damon Albarn has achieved more international acclaim in the last decade for his cartoon band, Gorillaz, than anything else he’s done.

The problem between reconciling digital artists and holograms arises from questions of realism. Gorillaz and Miku are easy to enjoy because they purposefully aren’t human-like, but a hologram that’s too realistic runs the risk of going into uncanny valley, the point where human likeness is so strong it becomes off-putting. This idea is troubling enough in conjunction with holograms of Tupac Shakur or Michael Jackson, and even more so when contemplating the possibility of a fictional artist invented totally through technology.

For the moment, what separates us from some dreadful S1m0ne-type reality is our collective penchant for nostalgia. Holograms are simply the next logical step that big companies will take to get us, the consumer, to buy back our own memories. The upshot, as Megan Garber wrote about earlier this year in an excellent piece for The Atlantic, is that we now have the option of customizing nostalgia to fit our needs.

Nostalgia no longer comes in one-size-fits-all; under the stewardship of the Internet, nostalgia has been made nimble. Our tenuous relationship with the past can now be customized and made relevant, in the manner of a marketing message. We, like Proust, search for lost time. It’s just that our seeking stretches beyond our own meager memories—and it may involve, for better or for worse, Britney Spears.

We’re all hungry to keep our favorite artists alive; we’re starving for any new way to connect to our pop culture heroes, and we’re using technology to do it. But if we do have a choice in what kind of nostalgia we indulge in, then ultimately the rise or fall of the hologram is going to be up to us. Sure, we might hate them now, but we may feel differently when it’s our favorite pop star up on that stage, back from the dead.