Cat trapped in ceiling for 24 hours is rescued by firefighters

What has he seen from up there?

One-year-old Gizmo is only a cat, and what cat can resist an unexplored hole in the wall? How could he know that 24 hours later, a group of firefighters would be pulling him out of a ceiling?

Gizmo’s family was in the middle of renovating their home, leaving plenty of holes for curious kitties to explore, but once Gizmo was in, getting back out proved to be too challenging for him. That’s when his owners called the Royal Society for the Prevention of Cruelty to Animals, who in turn called West Midlands Fire Service, who in turn spent two and a half hours trying to get Gizmo out of the ceiling.

According to crew commander Darran Gough, when they first arrived, the frisky feline was moving around too much for them to even locate.

He was moving around all over the place and it was a case of tracking him down. We used the owner to call his name and when he meowed, we would use our detection equipment to slowly hone in on him. We used a camera on a flexible stork which we can insert into small holes in walls, floors and ceilings.

We pulled a light fitting out and he poked his nose out. We then had to make the hole bigger and he climbed out on to the shoulder of one of my crew. 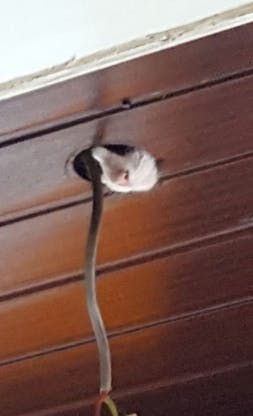 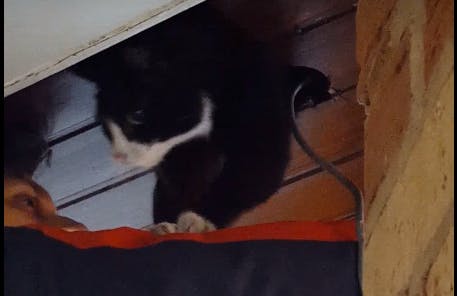 Gizmo is reportedly hungry, but otherwise fine, after his harrowing ordeal.

The cat's fine thanks to @RSPCA_official. @Haymillsfire also carrying out Safe and Well check as no smoke alarms! pic.twitter.com/1xdQyQfz4c

Whether or not he learned his lesson remains to be seen, but what we do know, is that somewhere, up above him, up above us all, Ceiling Cat is looking down… and judging. 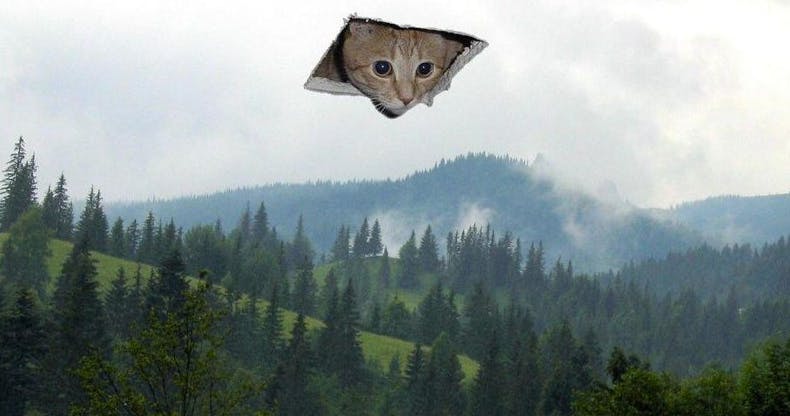