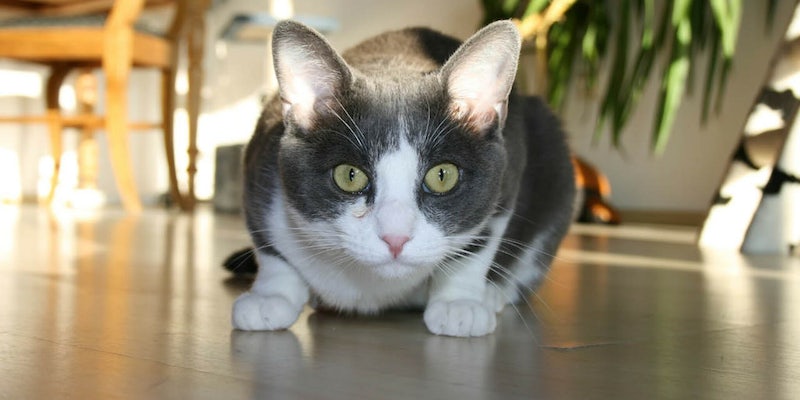 What’s up with cats freaking out over cucumbers and bananas?

While it’s a well-known fact that cats are scared of water, there are some other terrors creeping into their world from the produce section of your local supermarket: bananas and cucumbers.

There’s a treasure trove of videos documenting cats’ reactions to phallic-shaped fruits and vegetables. Imgur user larskongo compiled an outstanding album of our feline friends freaking out at the sight of them.

While some hypothesize that cats typically mistake the foods for snakes, there’s no real explanation as to why these kitties are so fearful of regular ol’ bananas and cucumbers. So we turned to one of the most reliable sources for the truth on the Internet to figure it all out: Yahoo Answers.

A thread started in 2011—totally proving that this has been a widespread epidemic for man’s other best friend—has given us some vital insight as to the phenomenon from various cat owners weighing in on the issue.

While the boomerang explanation has been voted the “best answer,” we’re pretty sure that this guy has it right:

Photo by rykerstribe/Flickr (CC BY 2.0)