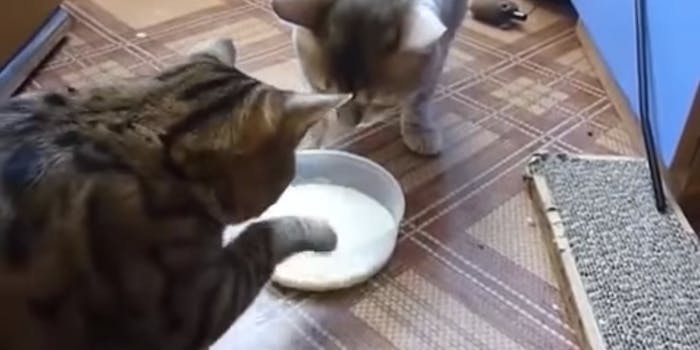 Cats have something of a reputation for being dicks to other animals, to one another, and most of all, to humans. But what if they’ve just been deeply misunderstood all this time?

In a dubbed translation of “mew-k time,” two cats bicker back and forth over a single dish of milk. Their absurd arguments about who should win out and why—from being the cleverest, to who’s the silverest, to who introduced whom to Breaking Bad and Destiny—are made even more laughable thanks to their British accents and slight lisps.

Chris Cohen has racked up over 41 million views on YouTube for his hilarious and bizarre “animal translation” videos. Nothing will ever top his “Magic Otter” translation, but we love that he’s spent over half a decade trying anyway.