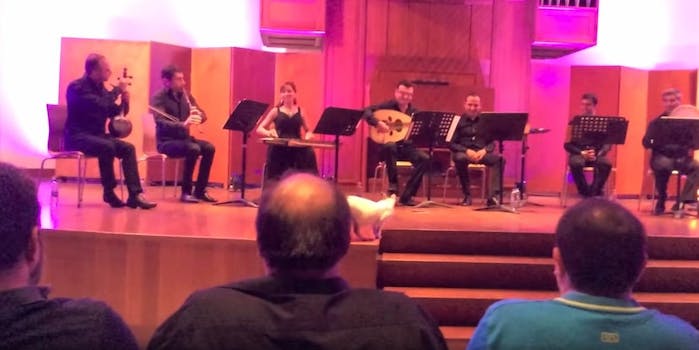 Cat walks onstage during classical concert, to the delight of audience and performers

The pied orchestra of AUB have a new audience.

Musicians at the American University of Beirut managed to pull a pied piper and entice an unlikely member of the audience during a recent classical music concert.

The Lebanese university has a large cat population, and along with being a frequent sighting on campus, they may occasionally pop up in lectures. But one of them made an appearance onstage during a concert to the tune of a slow song, to the shock of the musicians playing for the crowd.

The cat’s speed is directly proportional to the speed of the song, providing even more amusement when the music speeds up.