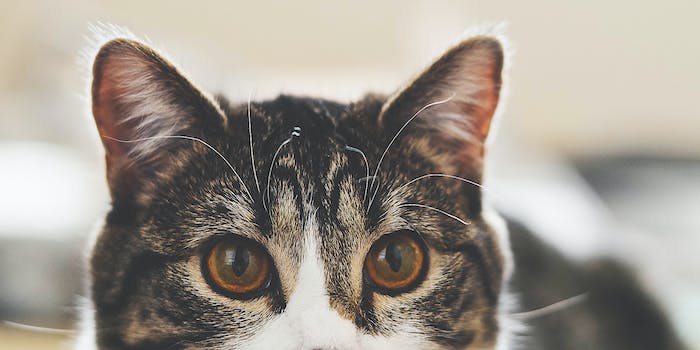 Some details were so similar that the author was asked if she wrote 'Cat Person.'

In December 2017, The New Yorker published Cat Person, a short story by Kristen Roupenian that chronicled the interactions between a 20-year-old college student named Margot and Robert, an older man she meets and sleeps with that explored their changing power dynamics (and the fantasy of imagining a person who you don’t know yet) in the frame of their brief relationship. It was provocative and struck a chord as many readers, particularly women, found it to be uncomfortably relatable. After it went viral on social media, it was praised, memed, mocked, and torn apart. Three-and-a-half years later, Cat Person is being developed into a feature film starring Nicholas Braun (Succession, Zola) and Emilia Jones (CODA), but now the discourse around Cat Person has reemerged following an essay from a woman who says her life partially inspired the famous short story.

On Thursday, Slate published an essay from Alexis Nowicki titled “I’ve Always Suspected ‘Cat Person’ Was Based on My Life. Now I Know It Was.” While Nowicki says that she didn’t recognize some of Cat Person’s more infamous aspects (the sex scene, Robert’s text calling Margot a “whore”), so many of the smaller details about Margot, Robert, and their relationship mirrored Nowicki’s life, her previous relationship with a much older man named Charles (whose name Nowicki changed for the essay), and of Charles himself.

Nowick says that the details in Cat Person were so eerily similar to her life that, when the essay first came out in December 2017, she had been bombarded with texts from friends, coworkers, and classmates asking if Nowicki or Charles had written the essay under a penname. (“Is this about you?” people asked her.) It wasn’t until Charles’ death in November 2020 that Nowicki learned from one of Charles’ friends that Charles actually knew Roupenian. Charles, that friend had told Nowicki, “was always so upset that she brought you into it.”

Months later, Nowicki reached out to Roupenian. While Roupenian responded that she heard about Nowicki—as the much-younger girlfriend Charles had—after her own encounter with Charles, Roupenian only knew basic facts about her.

“I can absolutely see why the inclusion of those details in the story would cause you significant pain and confusion, and I can’t tell you how sorry I am about that,” Roupenian wrote. “I hope it goes without saying that was never my intention, and I will do what I can to rectify any harm it caused.”

What Nowicki’s essay did, as it went viral on Twitter, was both bring back the discourse around Cat Person as well as an entirely new debate. It brought up the age-old question of what, if anything, do authors owe the people who serve as inspiration to their own stories. Are the people who find themselves the inspiration behind literary characters or whose life or mannerisms end up in books allowed to get mad about it? Is it malicious, done carelessly, or is it a nonissue? One person even pointed out that Nowicki’s essay would be a great entry point to adapt the Cat Person movie.

Then, of course, there were some memes about the return of Cat Person discourse.

Even in her essay, Nowicki acknowledged the potential diciness of using real details to shape fiction and that despite Cat Person’s massive success, Roupenian probably didn’t intend for the story to spread the way it had.

“I’ve wondered a lot about the line between fiction and nonfiction, and what license is actually bestowed by the act of labeling something as fiction,” Nowicki wrote. “I’ve asked myself why Roupenian might have chosen not to change even a few key details about me and Charles—my workplace, my hometown, his appearance, the location of our first date. At times I’ve convinced myself that she wanted us to know it was about us. But then I remind myself that when she wrote ‘Cat Person,’ she was still in her MFA program. No one knew her name. Submitting a story to the New Yorker was a long shot, and a piece of literary short fiction had never gone viral in this way.”

You can read Nowicki’s full essay at Slate.