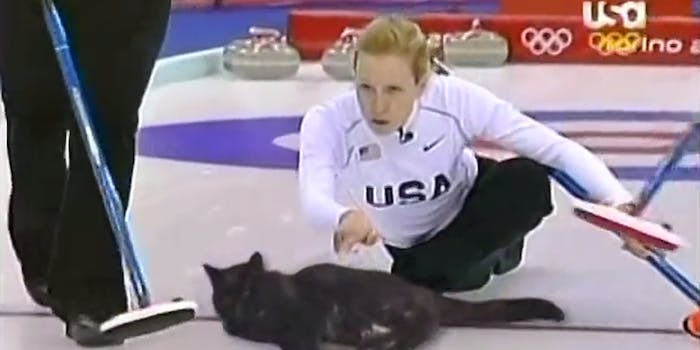 Are you a fan of Olympic curling? You’ll love it even more with cats

Curling gets the entertainment boost it needs.

While curling still struggles to be taken seriously at the Winter Olympics, one new element would surely amp up the entertainment factor—add cats.

One YouTuber tried out the concept in this video, to adorable and hilarious effect.

It seems this gag is pretty popular. The 2006 U.S. women’s curling team has already tried it, and it was seen again in 2010. Yet actual curling with cats hasn’t caught on to the curling world at large.

We can always hope.