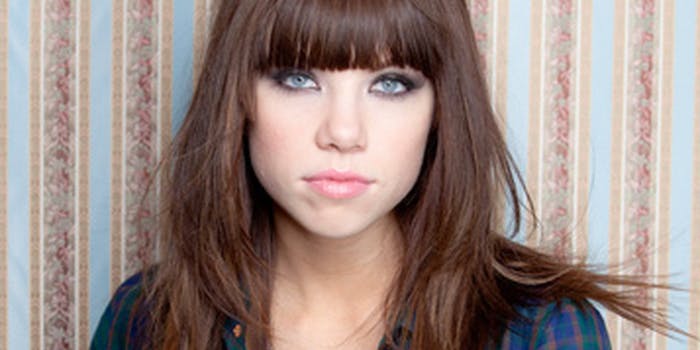 The singer announced on Twitter that she wouldn't perform at the Boy Scouts of America's annual Jamboree because of the organization's anti-gay policies.

Canadian pop star Carly Rae Jepsen wrote on Twitter that she’s not performing at this summer’s Boy Scout National Jamboree because of the organization’s homophobic rules.

The “Call Me Maybe” singer wrote that she “believes in equality for all people,” triggering her decision to cancel her performance at the June event in West Virginia.

“I always have and will continue to support the LGBT community on a global level,” wrote Jepsen, “and stay informed on the ever changing landscape in the ongoing battle for gay rights in this country and across the globe.

Jepsen joins San Francisco pop-rock band Train, who also dropped out of the annual event after criticism was launched toward them in an online petition started by gay Eagle Scout Derek Nance.

“As a talented artists with incredibly loyal LGBT fans around the globe, I hope they will speak out quickly, and urge the Boy Scouts to end its dangerous anti-gay policy,” wrote Nance. His petition gathered 65,000 signatures in a week.

Deron Smith, the director of public relations for Boy Scouts of America (BSA), told ABC News that the organization wasn’t fazed by the two singers’ decision not to perform.

“We appreciate everyone’s right to express an opinion and remain focused on delivering a great Jamboree program for our Scouts,” said Smith, declining to add if the Jepsen or Train will be replaced.

The BSA is currently deciding whether it will drop its anti-gay policies that prohibit gays from participating in the organization. In February, it announced that it would come to decision on the issue, but failed to reach a consensus. A vote is now scheduled for May.