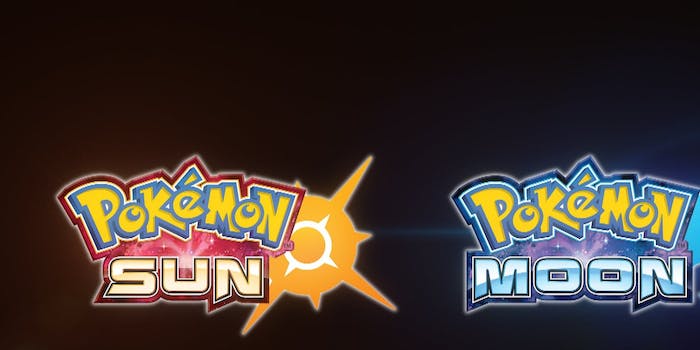 One look at her website is everything you need to know.

Carly Fiorina has risen sharply in the polls since last week’s Republican debate. The presidential candidate had been polling in sixth place, but after the debate—during which she wouldn’t spar with Donald Trump and shared impressive foreign policy knowledge—Fiorina shot to second place behind Trump in the Republican candidates’ approval ratings.

Now that she has become a more major contender, Fiorina is squaring off against Hillary Clinton, whom she said is playing “identity politics” to win votes. Now that her campaign is gaining strength, we must ask: What are Carly Fiorina’s positions on women’s rights? The answer is that her stances are pretty eye-roll-worthy.

Fiorina’s campaign page makes it pretty clear that she doesn’t plan on using her identity as a woman to appeal to anyone. At the top of the “Meet Carly” page, it says, “It is time to declare an end to identity politics.” This is a direct jab at Clinton, whom Fiorina told the National Journal would “play the gender card over and over again, which is unfortunate but predictable.” 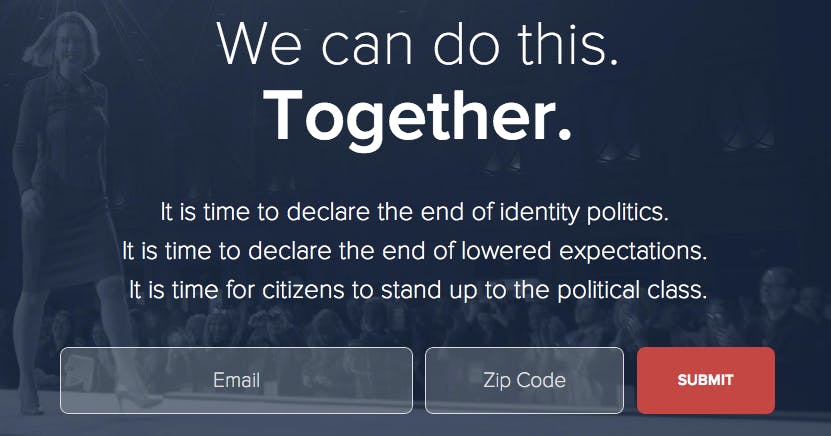 Just in case it wasn’t clear enough from that statement, you should know that Fiorina doesn’t like gender politics. She’s anti-gender—anti-any identity, in fact. She will make things like gender equality better by not acknowledging that they actually exist.

And that’s the problem with many of Fiorina’s policy positions when it comes to women’s rights. They don’t seem to make a lot of sense because she is so reluctant to acknowledge inherent inequalities within systems, such as the gender pay gap. Unfortunately, not acknowledging gender or race as contributing factors when addressing inequality is like trying to fix a door and ignoring its rusty hinges.

In a July speech in Washington, Fiorina called for over-the-counter birth control. This means that birth control might be more readily available to women, but it would not be covered by insurance companies, and women would have to pay for it. Fiorina said that the policy would “drive down prices and increase availability,” which got her a standing ovation.

In response to the Supreme Court’s Hobby Lobby decision, Fiorina said that women “had plenty of access to birth control both before and after the decision.” During the same speech, Fiorina called the war on women “a lie” and said that not all women care about reproductive rights. (Which obviously means we shouldn’t have them. Sigh.)

Fiorina has acknowledged that the gender pay gap exists, saying that “we can do more” to fix it during her campaign announcement speech. To do so, she suggested that we get rid of seniority systems “that reward employees for time in grade, not for merit, performance or hard work” and said that such systems include government bureaucracies and unions.

However, as Think Progress pointed out, women who belong to unions or work for the government are the best off when it comes to equal pay. Fiorina said that she doesn’t want to see “increased regulation” which might mandate that companies pay their female employees as much as their qualified male counterparts:

We have laws on the books today that ban gender discrimination, and if a woman is being discriminated against because of her gender, she should use the full extent of that law.

Unfortunately, women have only won about a third of the pay discrimination complaints they’ve brought forward using the Equal Employment Opportunity Office over the last 17 years. So the system in place doesn’t seem to be enough.

3) Abortion after 20 weeks is never acceptable

Fiorina made it quite clear both during and after the debate that she is totally against abortion—though she does support exceptions in cases of rape or incest, according to her campaign website. Specifically, Fiorina was loudly critical of abortions that occur at or after 20 weeks of pregnancy. She dared “Hillary Clinton, Barack Obama, to watch these tapes.” She continued: “Watch a fully formed fetus on the table, its heart beating, its legs kicking while someone says we have to keep it alive to harvest its brain.”

Fiorina was referencing recent smear campaigns against Planned Parenthood, which alleged to show video of the organization harvesting and selling the tissue of aborted fetuses, which is illegal.

Many people have come out against Fiorina’s statement. A number of news organizations, including the Wall Street Journal and Fox News, have said that they could not find videos like what Fiorina described. In a Facebook post Monday, feminist activist and journalist Gloria Steinem condemned Fiorina’s comments:

If you thought Republicans could find no woman more damaging to the diversity and needs of the female half of this country than Sarah Palin, take a good look at Carly Fiorina and what she stands for.

During a June speech in Washington, Fiorina said that liberals have distorted the meaning of feminism so that it entails “dependency” and “pits women against men”:

Being empowered means having a voice. But ideological feminism shuts down conversation—on college campuses and in the media.

And that sounds great at first. In fact, all of Fiorina’s ideas about feminism sound great when you hear them or see them for the first time without being aware of her other policy positions. During the same speech, she defined what feminism means to her:

A feminist is a woman who lives the life she chooses. We will have arrived when every woman can decide for herself how to best find and use her God-given gifts. A woman may choose to have five children and home-school them. She may choose to become a CEO … or run for President.

And during the second GOP debate, Fiorina said that she wouldn’t put a woman on the $10 bill because it would be “just a gesture,” and that women are not a special interest group.

For Fiorina, a woman who chooses her own life is a feminist—but only so long as those choices don’t include abortion, fighting for equal pay legislation, or wanting to have birth control covered entirely by insurance. Gestures matter, and they definitely affect public perception, but Fiorina seems to be ignoring them.

And that was evident in the second GOP presidential debate. Fiorina’s brand of women’s rights is about giving “rights” in general without acknowledging which rights are needed and why women throughout history haven’t been able to access them.

Josephine B. Yurcaba is a Brooklyn-based writer who has written for Rolling Stone, the Village Voice, One Green Planet, and more.