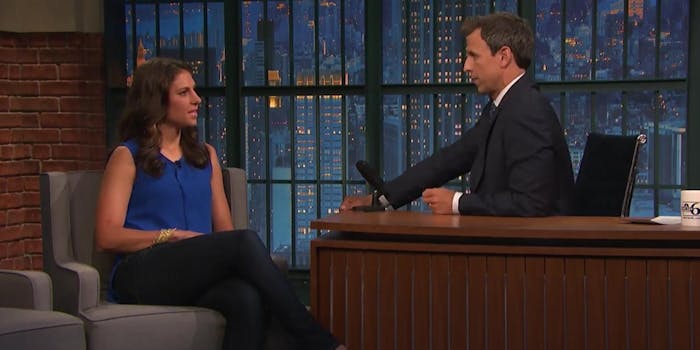 Carli Lloyd explains why she has no interest in playing up her injuries in the middle of a game.

One of the key differences between men’s and women’s professional soccer is that male players are huge drama queens who play up their injuries to the referees, while women… aren’t.

Okay, that may be a slight exaggeration. But the difference was certainly noticeable during the Women’s World Cup this year, which saw vanishingly few players falling dramatically to the ground in the middle of a game.

Appearing on Late Night with Seth Meyers, U.S. women’s soccer star Carli Lloyd—who scored three goals in the opening half of the 2015 final against Japan—had some polite but firm opinions to share about male players’ habit of “flopping” after being tackled.

This just in: female soccer players are tough as hell.