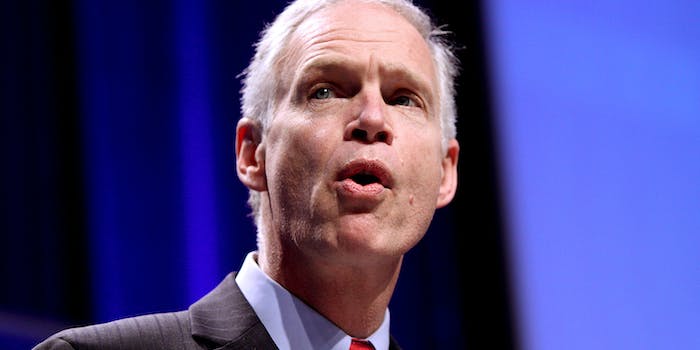 He's getting more than be bargained for.

As the American public’s revolt over Republicans’ lack of a replacement for Obamacare intensifies, some representatives in Congress are refusing to meet with their constituents, over fears of having their own Mitch McConnell moment.

One senator who shirked a town hall meeting is Ron Johnson (R-Wisc.). He was invited to appear at a Q&A with voters, but did not show up, enraging Wisconsinites.

There’s nothing requiring Johnson to discuss the plan to repeal and replace Obamacare with people from his state, but one irreverent person thinks he’s found a way to get the senator to capitulate to his constituency.

Cards Against Humanity‘s Max Temkin is known for stunts, and he has two doozies planned for Johnson.

That’s right, he’s sending pork rectums straight to Johnson’s Madison office, one ton of them a month, until Johnson meets with constituents.

But pork anus isn’t the only thing in his arsenal. He’s also launched a campaign to mail potatoes to Johnson, which you can do for $5.

Meanwhile, reports that Johnson sent a cease and desist letter to groups trying to harass him into holding a town hall have been disputed.

It is clear he sent a letter to one person, a Vietnam veteran named Earl Good who says he frequently contacts Johnson, but the letter is not aimed at silencing any larger movement against the senator or his agenda, as some groups have claimed.