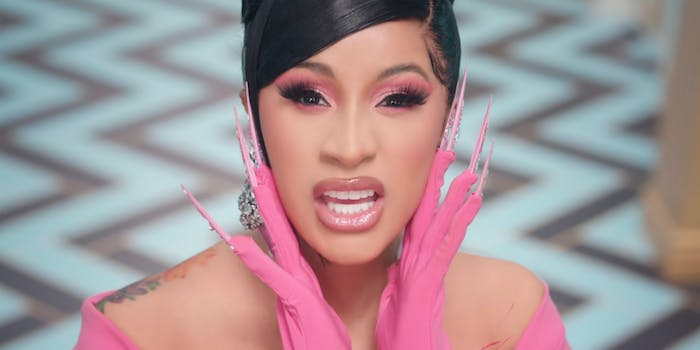 Nearly six months after the release of “WAP,” and a wave of finger-wagging commentary about the song being too sexual, people are now apparently upset that Cardi B won’t let her 2-year-old daughter Kulture listen to the song.

In a recent video posted by RapTV, Cardi plays the chart-topping song and lip-syncs to it, then her daughter walks into the frame and she quickly turns it off.

“So ya daughter cant listen to it but everybody else’s daughter can?” said one commenter. Another asked, “If ya daughter can’t hear it why make it?” On Monday night, Cardi shot back, tweeting: “I don’t make music for kids I make music for adults. Parents are responsible on what their children listen too or see. I’m a very sexual person but not around my child just like every other parent should be.”

She also said she’s “not JoJo Siwa,” referring to the kid-friendly singer who recently had some controversy of her own regarding a board game for kids that used her likeness and included some very adult questions.

In a follow-up tweet she said, “Stop makin this a debate. Its pretty much common sense.” Others had jokes about the situation, though.

Back in November, her daughter walked into another shot and interrupted Cardi’s photo shoot. She posted it to Instagram with the caption, “I can’t even be sexy in peace.”