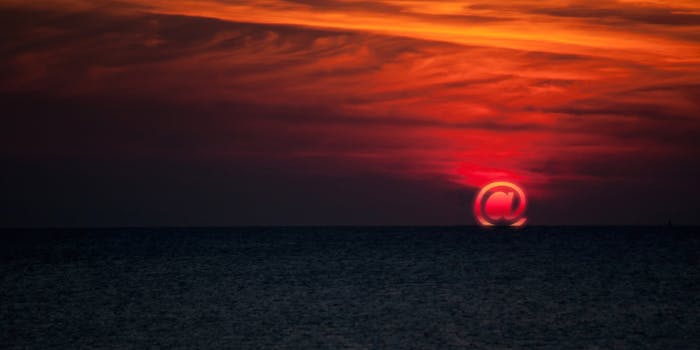 A Washington woman who regularly tweets live traffic updates received the horrible shock of a lifetime Wednesday, one that, truth be told, feels sickening to write about.

Caran Johnson realized as she tweeted that one of the drivers in the fatal car crash she was describing was her husband.

Johnson has since protected her Twitter account, though her tweets live on in local news sites and on the search engine Topsy.

The tragedy began just before evening rush hour, when a Twitter account for the Columbian newspaper said there had been a bad accident on I-205. Johnson responded that she had always felt that was a dangerous stretch of highway.

She noted that the crash was fatal.

Johnson then tried to call her husband, who didn’t answer. She began to tweet her anxiety. 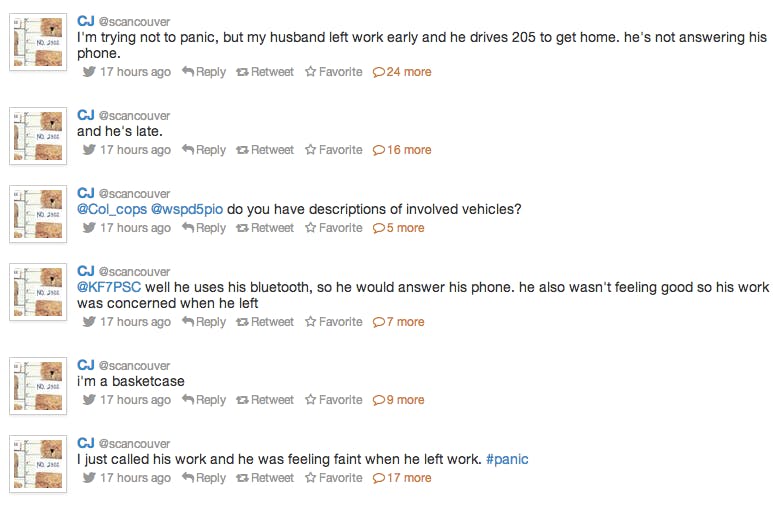 Before she signed off and locked her account, Johnson tweeted one last punch of grief.