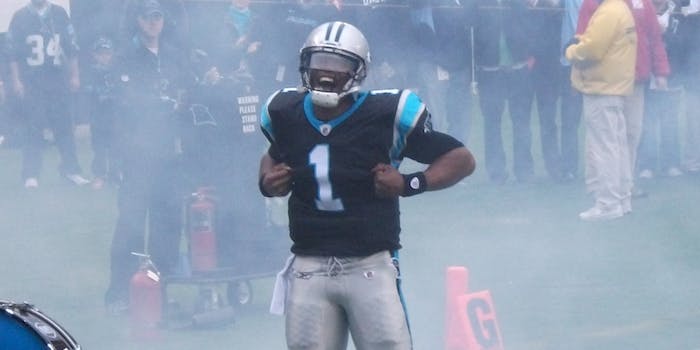 Cam Newton has one bizarre answer for every reporter’s question

The wording varies, but the answer is the same.

Carolina Panthers quarterback Cam Newton sat out during his team’s week 1 game with a rib injury, but he’s ready for his first game of the season against the Detroit Lions.

He’s so ready to take on the Lions that’s all he wanted to talk about at a press conference Wednesday. Perhaps he didn’t feel like responding to reporters’ questions or was just bored, but he repeated the same answer to just about every question reporters asked him with little variation.

He manages to keep a straight face as he name checks Lions defensive linemen Ndamukong Suh, calling him “Donkey Kong” Suh, and mentions for the umpteenth time he played with Nick Fairley at Auburn.

He’s either a fan of old-school video games or a master punnist—even at the expense of another player.