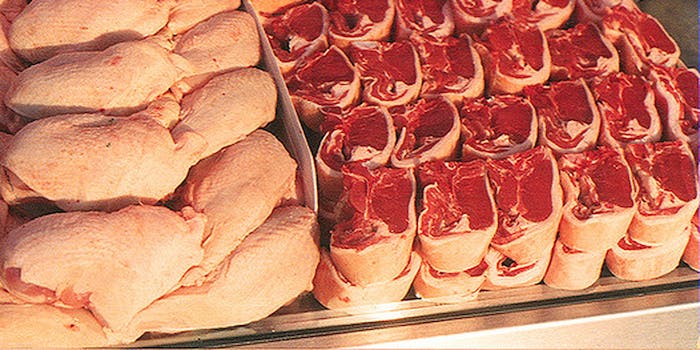 A small business sought to generate controversy—and, to its credit, succeeded.

It probably says a lot about the quality of your material as a comedian when small-time merchants are borrowing it without attribution for advertising purposes. The same subtle wit that informs this misappropriated riff about vegans, however, ensured that the joke would get shared online and eventually make its way back to the guy who actually wrote it. 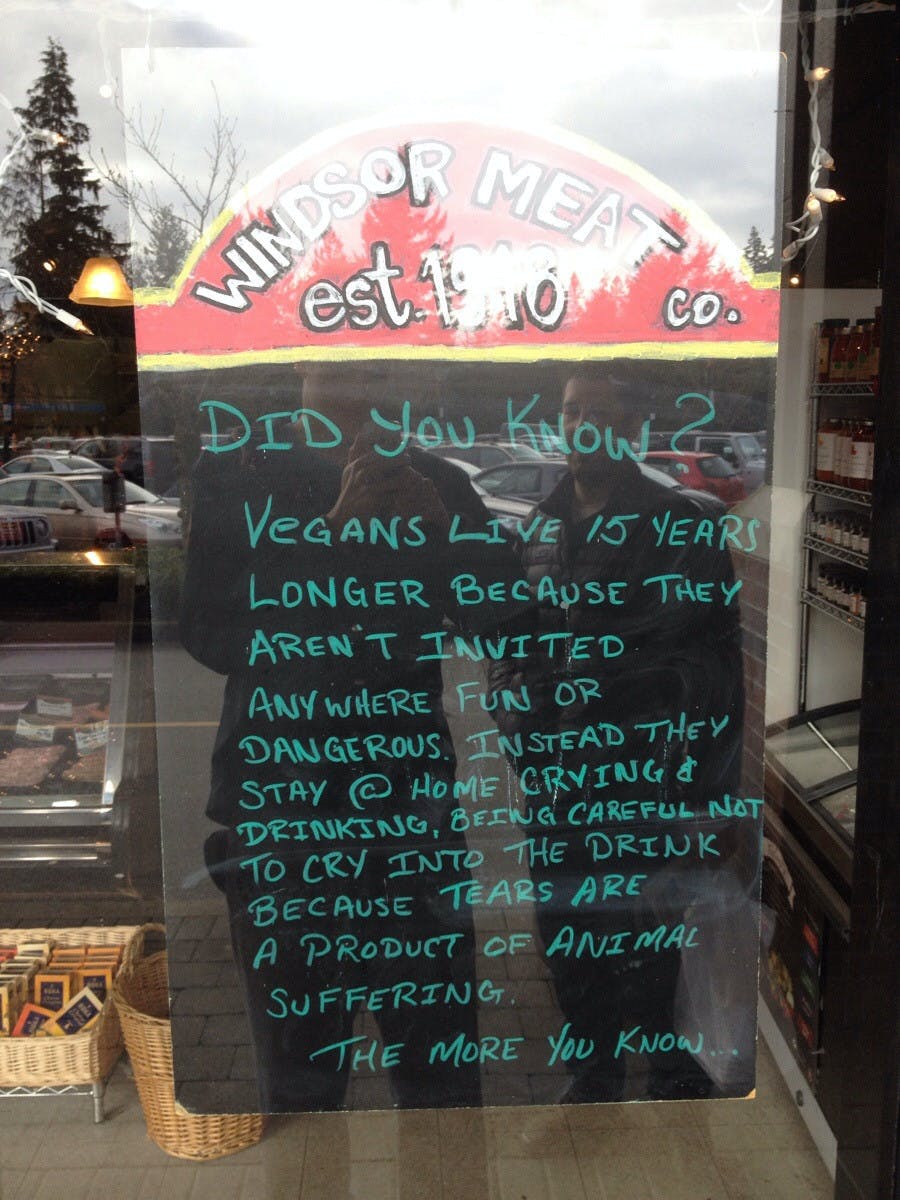 After a photo of a vegan-mocking window display in a butcher shop popped up on Reddit, later making the leap to BuzzFeed, it wasn’t long before people noticed the words had been lifted wholesale from standup comic Myq Kaplan, who uttered them as part of a Conan set in 2012. You can hear for yourself at the 4:00 mark in this video:

Kaplan, who is vegan and clearly told the joke in a self-deprecating tone (and based it on an actual longevity statistic), took to his blog to ridicule the store owners for passing off a mangled version of it as their own. He figured the plagiarism had something to do with the appearance of that same text superimposed on images of his Conan performance, a form of rendering popular on Tumblr, where users often prefer to keep scrolling rather than play an embedded video. 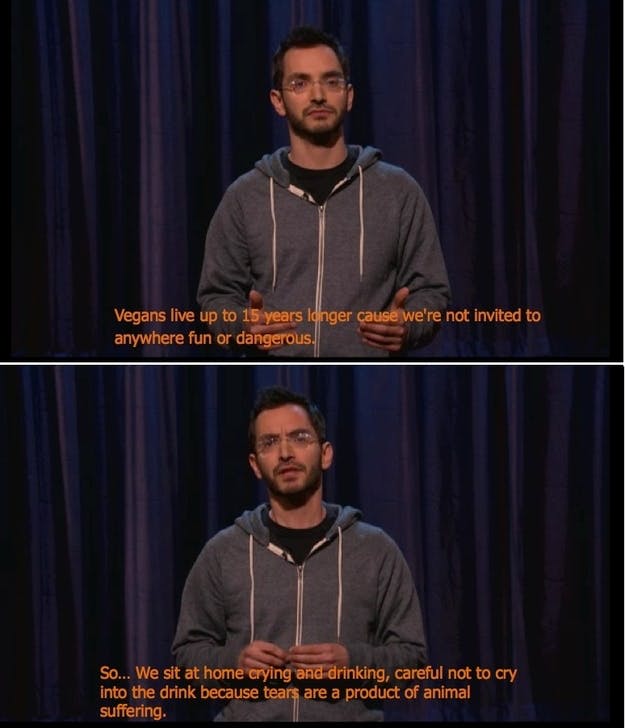 To be the nameless face above your dutifully typed-out punchline is one thing, but the butcher did more than repeat it without permission—the store presented the joke “without the context of it being told by a vegan; in fact, with the exact opposite context,” Kaplan fumed. “You know how I could say I hate my family, but if YOU say you hate my family, I might chop you up and eat you, if I weren’t vegan? It’s like that.” Yes, hell hath no fury like a comedian ripped off.

“I haven’t read all the comments and responses,” Kaplan went on to note, “but a running theme seems to be ‘Vegans and vegetarians don’t have a sense of humor,’ coming from people who think the joke was made by a meat-eater at the expense of vegans.But I’m the vegan who made the joke. And I can take a joke, I just can’t take that a joke was taken from me. (I mean, I technically CAN take it. I’m strong. From spinach. Like Popeye.)”

The strangest aspect of the kerfuffle is that whoever filled out the chalkboard at Windsor Meat obviously intended for it to become the object of hot-button-issue buzz, something for smug carnivores to post on each other’s Facebook walls for a chuckle. Surprise, surprise: The Internet likes giving credit where credit it’s due even more than bickering about dietary standards.

I’m sure it’s asking too much, but might we make 2014 the year that people stop thinking they can get away with this stuff?