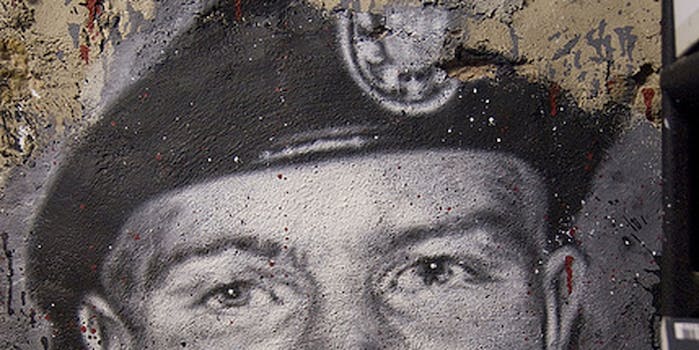 Bradley Manning’s defense makes the case that WikiLeaks once mattered

Star witness Yochai Benkler laid out the argument that WikiLeaks is the equivalent of the New York Times of the '70s.

WikiLeaks is in decline, watching as everything from Occupy to Anonymous passes it by. But, according to Bradley Manning, it was once an important, even essential, public tool.

Once a whistleblowing leak-publisher, WikiLeaks has become more of a legal aid and public relations machine for its founder, Julian Assange, and Assange’s pet projects. Most recently, it has lent support to NSA leaker Edward Snowden.

But the leaker who really put WikiLeaks on the map, U.S. Army private Bradley Manning, who is currently being tried in a military court in Ft. Meade Maryland, must prove that WikiLeaks had a distinct public good role to play.

The reason for this need, aside from any desire for personal vindication, is legal. Manning’s gravest charge is treason, giving material aid to the enemy. Although the prosecution has agreed not to seek the death penalty, if Manning is found guilty of this charge, he will spend the rest of his life in prison.

The prosecution’s case centers around Manning’s having given the documents he pilfered from military computers to WikiLeaks, from which, apparently, they were read by Al Qaeda members. This, the prosecution maintains, is tantamount to Manning giving the information to Al Qaeda itself.

The defense maintains WikiLeaks is—or was—a legitimate news organization and, as such, occupies the same role to Manning as the New York Times did to Daniel Ellsberg during the disclosure of the Pentagon Papers.

Yochai Benkler, the Berkman Professor for Entrepreneurial Legal Studies and faculty co-director of the Berkman Center at Harvard, who testified yesterday (PDF) in Manning’s trial, made the case that with the “networked fourth estate,” the traditional functions of a newsroom are distributed.

“WikiLeaks,” Benkler testified, “was a solution to a very particular and critical component of the way in which investigative journalism, muck-raking confined instances of corruption… here’s a system operating in a way that is obscure to the public and now we’re able to shine the light. That’s what WikiLeaks showed how to do for the network public sphere.”

In other words, WikiLeaks provided a tool to accomplish a journalistic function. Benkler’s testimony implies, and Manning’s lawyers maintain, Manning’s leak was structurally the same as Ellsberg’s 40 years earlier. The technology is different from 1971’s New York Times, the process is more radically distributed, but the intent, publishing information of interest to the public, for the public good, is the same.

WikiLeaks may fail, said Benkler—many would argue it already has—but its model, “some form of decentralized leaking, that is secure technologically and allows for collaboration among different media in different countries,” will survive and iterate, said Benkler.