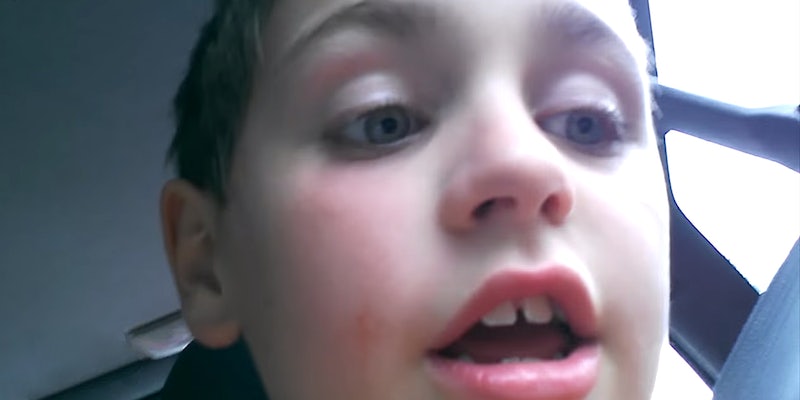 Boy freaks out after first kiss

An elementary school kid named Griffin recently got his first kiss from a girl. He’s freaking out and processing the event. To help, his opportunistic parents decided to film his under-developed thoughts and upload them to YouTube.

“Hi, um, this is Griffin. This is amazing I got my first kiss today and it’s just so mindblowing,” he said. “It goes to my brain, it goes to my heart.”

The clip was picked up by America’s Funniest Videos and became an easy hit.

Here’s hoping the boy’s mack process continues to ascend with this girl once she sees Griffin’s dashboard confessional.