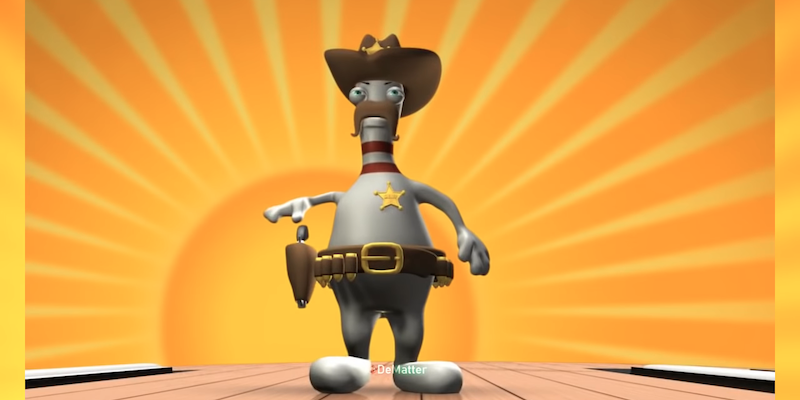 These animations are nostalgic and pure.

If you’ve gone bowling any time in the last few decades, and don’t totally suck at it, you’ve been treated to a cheap 3D animation that plays when you get a strike. They might seem a bit cheesy, but we’re inclined to like them as we’re out with friends having a good time, we’ve probably had a few beers, and most importantly, they let everyone in the bowling alley know that, for a least a few brief seconds, we did something perfectly.

But things have changed since the ’80s. Now we not only live in the age of memes but at a time when anyone with a laptop and the right software can easily make a 3D animation. In such a world it was only a matter of time before the “bowling alley screen when you get a strike” meme was born.

The idea is to post increasingly weird videos that, in some way, mimic strike animations.

the tv screen at a bowling alley when you get a strike: pic.twitter.com/OA89RrOEav

the bowling alley screen when you get a strike pic.twitter.com/HAg7gPTh2P

The trend got its start on May 6 when YouTube user KeyZ posted a 10-hour video of an animated pirate dancing next to a boombox. A user going by Kraken Gaming commented: “The screen at a bowling alley when you get a strike.” The comment has since received nearly 1,000 upvotes.

This lead to the joke being reposted on Reddit in r/dankmemes where it received over 30,000 upvotes.

Arrr no good from dankmemes

Soon other people on reddit began posting their take on the meme.

Until it finally made its way over to Twitter.

bowling alley screens when you get a strike: pic.twitter.com/CQyGRUpzoT

Although, as Scott Gairdner, the creator of the sadly short-lived Comedy Central cartoon Moonbeam City, pointed out, his 2015 show had already perfectly parodied the bowling animation screens.

Bowling alley screens when you're slaughtering your pin enemies, and also do NOT DM me I can NOT send you private links to all the episodes #wink pic.twitter.com/51uAOSTOMv

In many ways, the iconic animations were ripe for meme-making. Everyone knows them, they’re fairly easy to recreate, and they’re already slightly bizarre.