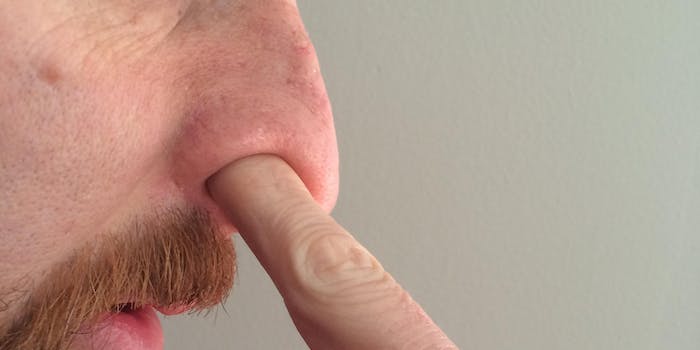 Didn't he know they film these things?

In what will no doubt go down as the most embarrassing moment of his life, a man was caught on camera at Donald Trump‘s New Hampshire primary victory party. Also, he picked his nose and ate a booger.

Before, during, and after inserting his fingers into his nostrils (a normal human activity) the man can clearly be seen wandering around an event celebrating a candidate who has proposed banning all Muslims from entering the United States and recently came out in support of medieval torture.

Although it’s possible that this man, who evidently enjoys the taste of his own snot, wandered into Trump’s party by mistake, it’s far more likely that he actually wants a guy who called Mexican immigrants rapists and drug dealers to be president. How mortifying.