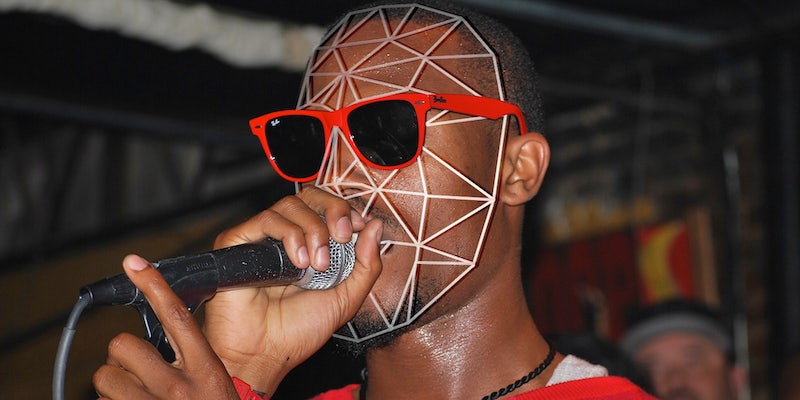 Rapper B.o.B. has chilling theory about Snapchat—but can we trust him?

Rapper B.o.B. hasn’t been terribly relevant in recent years. You probably remember the artist from his heyday in 2010, when he got a hefty amount of help from Paramore’s Hayley Williams to dominate the radio for one select summer with “Airplanes.” He then faded into obscurity like a Boeing 737 zooms over the horizon.

The 27-year-old popped back into headlines at the start of 2016 with claims that the Earth is actually flat, only to be shut down by world-renowned astrophysicist Neil deGrasse Tyson. Even a diss track with the line “Indoctrinated in a cult called science / And graduated to a club full of liars” couldn’t salvage his image.

But now B.o.B. has another conspiracy theory to peddle, one that actually sounds a little realistic.

You might laugh when you first hear this idea, especially coming from the dude that really committed to the whole flat Earth notion. But once it sinks in, you’ll probably mutter to yourself like “…wait.”

For those living under a rock, Snapchat selfie Lenses let you transform into a flurry of different things, including a rainbow-barfing unicorn or flower crown-adorned Coachella-goer. You can even cause hell with the latest craze, face swapping. Snapchat does all this by tracking facial features like eyes and mouths, even animating them with some lenses.

So B.o.B.’s theory doesn’t sound all that far-fetched, especially when you consider the fact that we live in a time where the FBI is desperate for Apple to unlock an iPhone and Justin Bieber is able to find a girl he thinks is pretty thanks to fans scouring Instagram. But what exactly would they need this facial database for?

We are loving @Snapchat's newest filter! Send us a pic of you using the filter and tag it #FlowerCrownFriday! pic.twitter.com/vrRQ5MAvii

According to Snapchat’s privacy policy, they “automatically delete the content of your Snaps (the photo and video messages that you send your friends) from our servers after we detect that a Snap has been opened or has expired.” Other content, such as your story or snaps submitted to public features like Live, might be retained longer.

Even if they delete the content of your snaps, could Snapchat still build a profile of what your face looks like, with each snap just adding more information?! I’m not sure! It sounds possible, right? Not even in the sense that anything is possible, but like this is actually very plausible and it might be happening to almost every single teen as they send their besties transformed selfies. In fact, if you have a teen or see one nearby, destroy their phone immediately. It’s for their own good.

Lots of movies show the government or some other agency tracking people through images that satellites pick up. But imagine—it could be much easier than that. Instead of floating around in space, those tools helping build a facial recognition database could be sitting in your pocket.

Considering B.o.B.’s smackdown with Tyson, some people were unfazed by the theory.

But there were other legions siding with the rapper, fueled by suspicions that the military-industrial-Silicon-Valley complex could be doing anything they please. Perhaps this line of speculation will lead somewhere.