I humped a blow-up sex doll for exercise

And you can too.

I want to talk about how I just air-humped a blow-up doll for exercise.

the “Sex-Ed Workout.” A couple of jovially-captioned iPhone snaps of life-sized dolls

being gyrated in the group fitness room caught my attention. Was it a gimmick? Were

people really swapping the treadmills for a plastic sex apparatus, in full view of other West

Hollywood gym rats—and at peak hour? More importantly: is this a thing America is ready

I did a figurative heel-click and got my Google on, which is how I found…

Jorge Del Busto, international fitness guru and creator of the Sex-Ed Workout, which he

describes as “a daring, funny, but intense workout that will improve your sexual

One phone call told me I was in for fascinating chat, so I slipped into my

Among a sea of blow-up beauties ready to be flexed upon, he told me he came up

“Everybody likes to have sex. So why not create a program that will put

you in great shape to do it, and to last a long time?” he said, explaining the importance

of stamina. “If you want to have a great intimate experience with your partner, it’s not all

about fast-fast-fast, get off, and that’s it.”

Jorge was born in Argentina and currently resides in Malibu. With the utmost kindness

and perhaps modest caution, he said what we’re all thinking:

“I think Americans could be more creative during sex.” In his thick, luscious accent, he continued: “They probably do three poses and that’s it, when there are

probably 400 of them. They need a little help. For men, moving and swaying hips is a

taboo. But you’ve got to do that when you have sex! You need to please your partner, to

know how to use what you’ve got.”

Can I get a red-faced amen?

exercises to tone you up and give you stamina. But which sex move burns the most fat? I had to know.

“The humping part, moving your

hips back and forth,” according to Jorge. “The giver gets the best workout.”

With that in mind, it was time to pick a partner. The life-sized blow-up dolls stared at

me with eager painted faces. “Do you want a Lucille or Carlos?” Jorge asked, presenting me with the option of a

female or male doll. Though both were charming, I opted for Lucille.

among 15 or so classmates, mostly women. I nodded to the girl on my right to convey a

false impression of confidence and noticed that she too was shitting herself.

scan of the room told me that everyone was, actually. We were about to let a bunch of

strangers witness our bedroom skills. Does a more precise definition of vulnerability

“Passive and active, dominant and submissive,” Jorge had said earlier, explaining the

range of moves we’d go through, although this class would be tailored around the

missionary position. To create the class format, he pulled direct inspiration from sex

texts like the Kama Sutra and the Chinese Tao of Sexology. “I’ve studied the muscles

you need to use in each of the various positions, and from there I adapted exercises,” he

explained. “The class is designed to increase strength, cardio, balance and

So, after a set of smooth warm-ups involving hip sways my uncoordinated bod wasn’t

prepared for, we got into it. Somehow managing to be anything but intimidating, Jorge

took us through the moves. We began with “humping planks,” which had me balancing

over my doll and thrusting “into” her (you’re welcome, Lucille), then moved on to other

innuendo-laden highlights, including “nut-crackers,” “sit-up studs,” and “push-ups to love.” I gave Lucille a knowing smile, and away we went, grinding to the beat of the Latin music.

The music, by the way, is part of it. Jorge’s own musical formula is what makes the class

extra dynamic, with three varying tempos that keep the body guessing. The moves are

completed at these three different speeds, mimicking the pace of

actual sex: “slow and smooth,” followed by “medium pace,” and eventually “fast and

I really thought I’d be a giggling mess and give up halfway through. Wouldn’t I be too

self-conscious to last an entire 45 minutes? To the contrary: By the end of the class, I

noticed a really fun thing in my classmates as well as myself. Everyone seemed really,

really liberated. Like, totally comfortable in their own skin—such that when Jorge led us

through some pretty damn sensual dance maneuvers for the warm-down, we all looked Drunk on a little dose of confidence and release?

The self-consciousness had kind of fluffed off, and what replaced it was a dizzy, smiley

comedown. You know that sounds familiar. But in addition to that, my muscles were on

So is an American audience ready for a fitness class that promotes sexual open-mindedness? Jorge’s not sure, but he said it feels good to be the first to introduce it. He’s

the right guy for the job, too.

With his Latin roots and just the right blend of charisma and kindness, Jorge brings with

Jorge’s philosophy, though. We moved on to talk about the broader issue of sexuality

and its acceptance in modern Western society, and our shortcomings

We discussed attitudes towards sex, problematic black-and-white categorization of

sexual preferences, and social pressures to fit into one box or another. The dark cloud of

judgment we’re all too conscious of, and the deep importance of continued efforts to lift

that cloud for the good of future humans.

My cautious optimism tells me the that flourishing of a class like this would be a step in the right direction.

“Sex has different colors. It’s not just black and white, it’s not just gay or straight. You

can be attracted to somebody and not know why, and why not explore that?” said Jorge.

“If you let yourself be true to yourself and not closed off to different ideas, as long as

everybody is consenting, why not explore? After all, it’s about finding your soulmate—and

that doesn’t have a gender.” 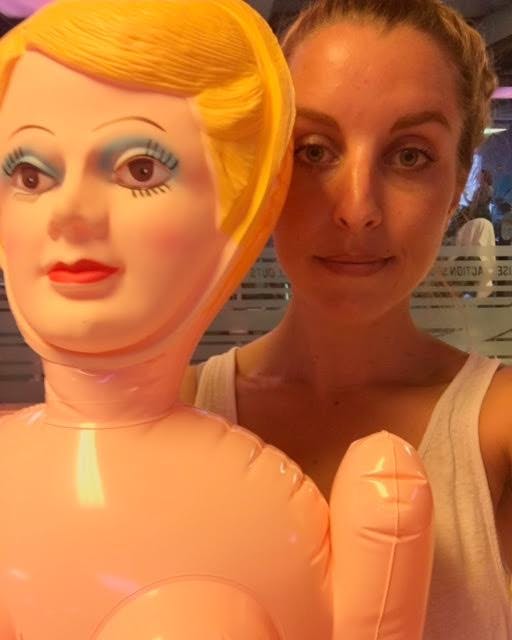