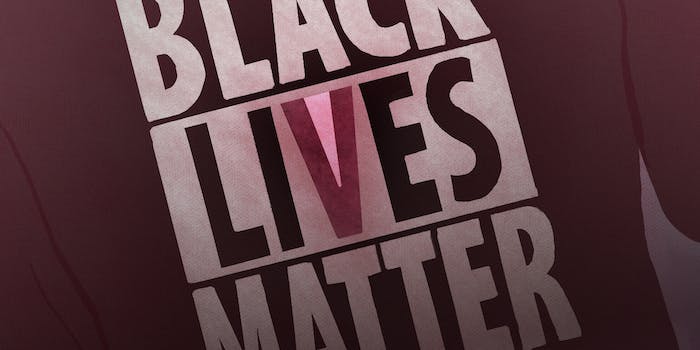 The history of blaming civil rights movements for violence against police

In the past 50 years, critics of civil rights haven't changed their tune.

Wherever you look, it seems like someone somewhere is saying something inane about Black Lives Matter. In Virginia, a Fairfax County police union wants people to boycott a pumpkin patch because a “Black Lives Matter” posted in a nearby window. It’s kind of a frightening implication: Is voicing support for Black lives a grave, condemnable attack on law enforcement itself? According to Republican presidential candidate and Sen. Ted Cruz (R-Texas), the answer is yes. He alleged that BLM is “literally… embracing and celebrating the murder of police officers.”

Derailment and denial at-all-costs is a popular strategy for opponents of civil rights movements—and it has been for decades.

Although the idea of a “war on police” fueled by the protests has been utterly debunked, both the message to the public and its underlying tactics seems quite clear. Derailment and denial at-all-costs is a popular strategy for opponents of civil rights movements—and it has been for decades. Despite the progress made against racial inequality in America over the last century, opposition to Black protest—primarily #BlackLivesMatter, which is now at the forefront of American activism—looks a lot like it did in the 1960s.

For instance, look at veteran ESPN college football broadcaster Brent Musburger. When Musburger was just a young sportswriter covering the 1968 Olympics, he authored a profoundly racist article for a newspaper called the Chicago American. The enduring image of the 1968 games is undeniable: the gold and bronze-winning sprinters Tommie Smith and John Carlos, two Black American men at the pinnacle of their crafts, raising their gloved fists high aloft in a Black Power salute as they stood on the medal podium.

It was an overt challenge white institutional power and privilege, and apparently, Brent Musburger was rankled by it. Musburger referred to Smith and Carlos as “Black-skinned storm troopers,” drawing a direct comparison between them and Nazi soldiers. But there’s an awful lot that’s painfully familiar about Musburger’s screed against civil rights: You can hear it echoed in people’s criticisms of Black Lives Matter. Despite the fact that Smith and Carlos were on the right side of history, high-profile protests by Black athletes continue to draw intense amounts of hostility and condescension.

In November 2014, five members of the St. Louis Rams took to the field, with their hands raised in the “hands up, don’t shoot” gesture that spawned from the shooting of Michael Brown in Ferguson, Missouri. For this expression of humanity, the Rams were treated to angry demands that they apologize from the St. Louis Police Officers Association, as well as a slew of threats. The message was the same as it had been 46 years prior: Sit down and know your place. It’s a silencing tactic, as dehumanizing now as it was back then.

The message was the same as it had been 46 years prior: Sit down and know your place. It’s a silencing tactic, as dehumanizing now as it was back then.

Just as silencing Black protest has remained common, so has accusing Black Americans of perpetrating the very bloodshed that they’re trying to speak out against. The forerunners of the Black Lives Matter movement were accused of inciting violence—all while suffering physical and psychological attacks from the police, the government, and the Ku Klux Klan.

As the Washington Post’s Simone Sebastian recounted, the fear of Black rage helped fuel this fallacious narrative. In the summer of 1963, as the March on Washington grew closer, many non-Black Americans were gripped with paranoia that the event would culminate in a violent uprising. “A Gallup poll conducted in May 1963… found that 46 percent of Americans held an unfavorable view of [Martin Luther King],” Sebastian wrote. “The only public figure more disliked in the poll was Soviet leader Nikita Khrushchev.”

You see this hysterical fear at Black freedom of assembly and unapologetic grievance whenever an unarmed Black person is fatally shot by a police officer, turns up dead in a jail cell, or a grand jury declines to indict. People in positions of power repeatedly urge Black protesters to “be peaceful.” In the aftermath Michael Brown’s shooting, Missouri Gov. Jay Nixon declared a state of emergency, imposed a curfew, and suggestively stressed the need for peace, concluding with a deeply paternalistic sentiment: “This is a test. The eyes of the world are watching.”

Considering what “the eyes of the world” had actually been watching before then—a predominantly Black citizenry effectively under occupation by an overwhelmingly white police force, armed with military-grade equipment—Nixon’s attitude was condescending and hollow.

It’s hard not to notice that white people are usually allowed to publicly express anger and frustration without forfeiting the possibility of receiving empathy. Nearly a year after the infamous Keane, New Hampshire pumpkin festival riot of 2014, you’re not likely to hear much grousing about how that night reflected problems with white culture or the values of young white people. But when Black Americans speak out with justifiable moral force about a shared existential threat, that always seems to trigger the fire alarms.

In the case of the tale of two pumpkin patches, it’s funny what a difference a year makes. But America’s Black community is likely used to it—a lot hasn’t changed about how their country views their civil rights in the past 50.