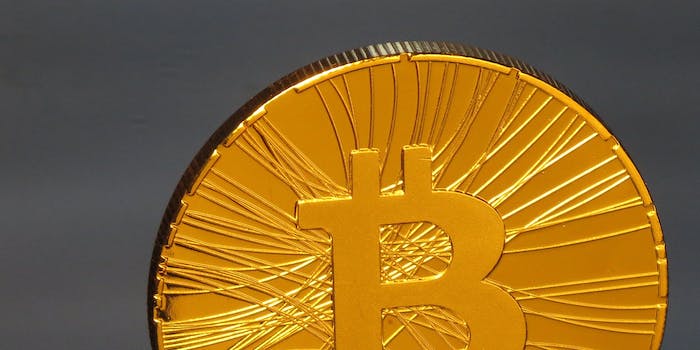 Delve into a thriving market community where self-awareness gets checked at the door.

By now it’s clear that Bitcoin, aside from making a few people rich and bankrupting a couple others, is the focal point for an entire manic subculture. Almost any message board has a thread devoted to the cryptocurrency, and many sites exist solely as forums in which to discuss (but mainly argue) about price fluctuations and the future of the market.

Obviously, only a crazy person would go wading through all that chatter. Instead, you may read a lovingly distilled version through @bitcoin_txt, a Twitter feed in the tradition of other context-obliterating accounts like @PUA_txt, which collects quotes from the pick-up artist community, or @fanfiction_txt, an ode to the bizarre imaginations of amateur authors.

What you get by following @bitcoin_txt, meanwhile, is a unique blend of Libertarian Economics 101, resolute denial, half-baked techno-futurism, Photoshop memes, and of course—with an overwhelming majority of Bitcoin users being male—casual sexism. Especially in the wake of this week’s China-related crash, which saw Bitcoin prices plunge by 50% and stoked talk of investor suicide, some of these comments have been astounding.

High volatility is good for Bitcoin. I have been very consistent on this position. The people who say that volatility is bad are wrong.

Bitcoin is freedom of speech. A notion a Chinese citizen cannot even google search.

Seriously women and bitcoin don’t mix at the moment…they don’t like IT and they are terrible at security and remembering things.

in essence, Bitcoin economically spanks you for making bad choices, it forces people to learn to express their economic power rationally.

relax for a few years ,i think 20 coins could exceed 1 million usd…its just a matter of time imo

It’s official, I’m hitched and Bitcoin can prove it. I just submitted a hash of my marriage certificate to the blockchain.

Sold my car on craigslist today to invest in bitcoins

being blackmailed for ฿400,000+ by a crazy guy who thinks he has proven I am Satoshi Nakamoto

The die-hards always claim Bitcoin isn’t a bubble, but to all appearances, they’re living in it.