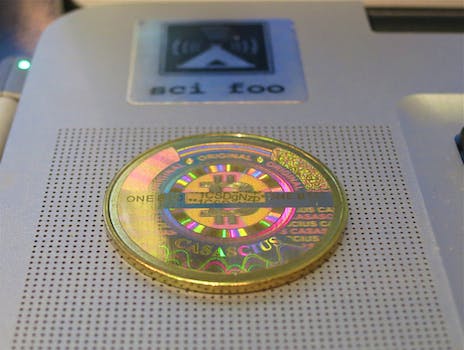 This Bitcoin ATM could be coming to a store near you

Buying Bitcoins with cash at a brick-and-mortar store could be closer than you think.

Twenty years from now, when the majority of your accumulated wealth is spread across a portfolio of Bitcoin accounts on servers around the world, you might have Zach Harvey and Matt Whitlock to thank.

Put a bill into Harvey and Whitlock’s Bitcoin Machine, and, well, nothing comes out. But you’re just bought yourself a buck’s worth of digital currency. Congrats!

The idea is to sell the machines to real brick-and-mortar stores around the country for about $1,000, then let them take a small commission on each Bitcoin sale. You don’t have to use the coin where you buy it, though the creators are targeting retailers who are friendly to the digital currency.

“Depending on the commission, they could be able to buy this and make it back within a reasonable period of time,” Harvey told CNET’s Declan McCullagh.

The machines are essentially just another product offered by the store: A quick, easy, reliable place to buy Bitcoins.

Some companies see Bitcoins as a cheaper alternative to other forms of digital transactions. Every time you buy something with a credit card, for instance, the retailer has to pay a small commission back to the credit card company. Over time, those expenses really add up. To a certain extent Bitcoins work like credit cards, in the sense that you can access your funds from anywhere. But, like cash, no one charges you a fee for using them, and they’re largely untraceable.

The availability of Bitcoins is determined by a computer algorithm and all transactions happen person to person, meaning that it’s impossible for banks or other financial institutions to artificially interfere with their value. No government can freeze your Bitcoin account.

One of the problems with the currency, however, is its inaccessibility. To buy Bitcoins, you’ve usually got to first head to an online currency exchange, set up an account, and trade U.S. dollars or other currency. Many of these sites don’t accept common forms of payment like PayPal or credit cards, so you’ll also need an account with a third-party payment service.

The Bitcoin Machine simplifies the process immensely. Insert money, show your Bitcoin address to the machine (using a smartphone app), get Bitcoins.  The whole thing takes just a few seconds.

“You could probably do it in about five seconds,” Harvey told CNET. “The thing that would take the longest would be the bill validator taking in the dollar.”

The currency has surged in popularity since first launching three years ago. You can use Bitcoins to buy video games, gamble in online casinos, donate to groups like the Internet Archive and WikiLeaks, and pay companies like Reddit. But despite Bitcoin’s’ growth, the currency still is still hamstrung by its image problem: Since the they’re hard to trace, Bitcoins are seen as a favorite alternative for all sorts of illegal online activity.

By placing their machine front and center in real businesses across the country, Whitlock and Harvey have a chance to make Bitcoins seem almost normal.