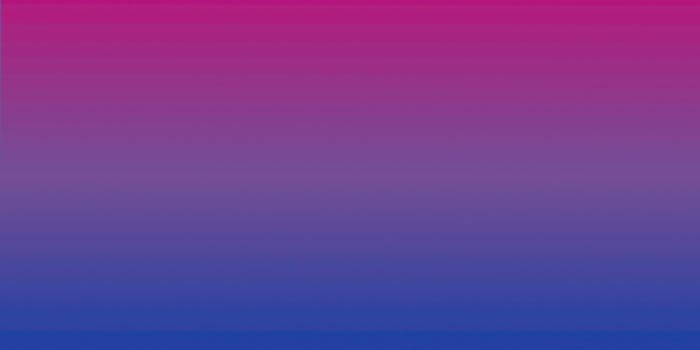 This Sunday kicked off the second annual Bisexual Awareness Week—with Wednesday, September 23, marking International Celebrate Bisexuality Day. Throughout the week, Twitter users will be tweeting under the hashtag #BiWeek in order to promote a conversation about diversity within the queer community and promote visibility for bisexual people—who are often erased and dismissed from the LGBT spectrum.

Even while a nationwide movement fights for equality in the wake of “religious freedom” controversies across the U.S., pervasive prejudice continues to exist in the queer community. Biphobia manifests in a number of ways, with bisexuals told that they need to “pick a side,” that they’re “greedy,” or that it’s “just a phase.” For bisexual women, visibility comes with a disproportionate risk for violence: According to the Advocate, this group faces “higher rates of sexual assault, intimate partner abuse, and stalking, compared to both straight and lesbian women.”

For those who lack support systems to combat community marginalization, these realities can be particularly stark, but in addressing the violence and everyday hate faced by people with non-binary sexualities, #BiWeek simply isn’t enough.

While many queer folks do identify with the “bisexual” label—such as celebrities like Evan Rachel Wood, Anna Paquin, and R.E.M. frontman Michael Stipe—there are so many identities that are left out of the discussion. This includes those who identify as “pansexual,” “sexually fluid,” or maybe those identify as nothing at all. That might seem like semantics—but it’s an incredibly important, because otherwise #BiVisibility will continue to make too many people invisible.

For bisexual women, visibility comes with a disproportionate risk for violence.

In a well-circulated New York Times essay, A History of Violence actress Maria Bello came out as a “whatever.” Bello later clarified to Fresh Air that this decision was inspired by her son’s reaction to the news that she had fallen in love with another woman, her partner and longtime friend, Clare. “He said, ‘Whatever mom, love is love, shout it out to the world,’” Bello told NPR’s Anna Sale. “And from that little nugget grew this entire concept and revolution, really, of being a ‘whatever.’”

Blogger Mike Iamele described a similarly messy version of modern love, calling himself “straight man who fell in love with another straight man.” His story clearly resonated with readers—amassing over 100,000 shares—and through the response, Iamele learned he was far from alone.

“I’ve received e-mails from gay men who fell in love with and married women,” Iamele wrote for the Good Men Project. “I’ve received messages from same-sex couples who share romantic love but keep their relationship open to pursue sex with opposite-sex partners. I’ve talked to people in polyamorous relationships, long-distance relationships, sexless, open, and every combination in between.”

Iamele concludes that that this shows the limits of naming our identities (“there comes a point where the label starts holding you back,” he writes), and his remarks remind us that sexuality is complicated. Those complications should be embraced, instead of made to fit into neat boxes of identity categories.

But there are people who do label, and as I wrote in a piece for the Daily Dot last month, there are more options to do so than ever—with emerging identities like “solosexual” expanding the conversation outside of the binary. Unlike Iamele, I don’t think that labeling is holding us back, but reinforcing bisexuality as the only entry point outside of the gay and lesbian divide does a poor job of showing us what queerness really is in 2015.

Those complications should be embraced, instead of made to fit into neat boxes of identity categories.

When I told a friend I was writing this, he mentioned that he primarily dates other cisgender gay men but recently found himself attracted to a transgender man. He momentarily asked himself what it said about his sexuality, but his friend assured him it meant nothing at all, except that his identity was more complex than he thought. If he had to define it, he would call himself “same-gender loving.”

I understand the ambivalence about naming—wanting to label yourself but feeling like maybe there isn’t quite a model for you. When asked about my sexuality, I’m never quite sure what to say. I have a male partner and primarily have sex with men—but have been in relationships with women in the past. I’ve never dated a trans person (no one has ever asked!), but should I be single again, I would be open to it. (Just because I’ve never been to Italy doesn’t mean I wouldn’t want to visit.)

I might define myself as “bisexual,” but really, I’m more of a shoulder shrug. Is there a word for that?

This is about more than just what’s in a name but how a community defines itself—and what that says about how it engages its own members. In a piece for Rolling Stone, Daily Dot contributor Eliel Cruz pointed out that when it comes to combating the problems that queer folks face, LGBT-specific organizations are falling down when it comes to bi people.

“No national LGBT organization has any bisexual-specific programming comparable to what they do for other marginalized groups,” Cruz writes. “The work is typically limited to a fact sheet on bisexuality with no actual, tangible, active initiatives.” Whereas gay and lesbian organizations earn millions of dollars in funding each year, groups that lobby for bisexuals have pulled in $84,000 in the past four decades.

This is about more than just what’s in a name but how a community defines itself—and what that says about how it engages its own members.

That blind spot exacerbates a health crisis for bisexuals—who often get shut out when it comes to putting our money behind queer advocacy—but there’s no money at all for those of even more marginal identities. Is there a kinky people charity? What about for omnisexuals?

While, for instance, sapiosexuals (aka people who are attracted to intelligence) might not need a nationwide funding campaign, having groups that recognize you and offer you support networks is also important. Some people need community resources, while others need to know that there’s someone out there who identifies the way they do—even if that’s nothing at all. An awareness campaign is a good tool for education, but some of us need the hashtag for ourselves.

A week dedicated to bisexual erasure is a good place to start, but let’s make sure that others aren’t being wiped out in the process.

Photo via PsychoKim/Wikipedia (CC BY SA 3.0)