'This gets me so angry—I need a drink.'

Last week, the Centers for Disease Control and Prevention tried to address the issue of alcohol consumption by pregnant women. But the new guidelines were controversial: they advised all women of childbearing age who were not on birth control to avoid alcohol, citing the increased risk of unwanted pregnancies, sexually transmitted diseases, and even violence and injury. 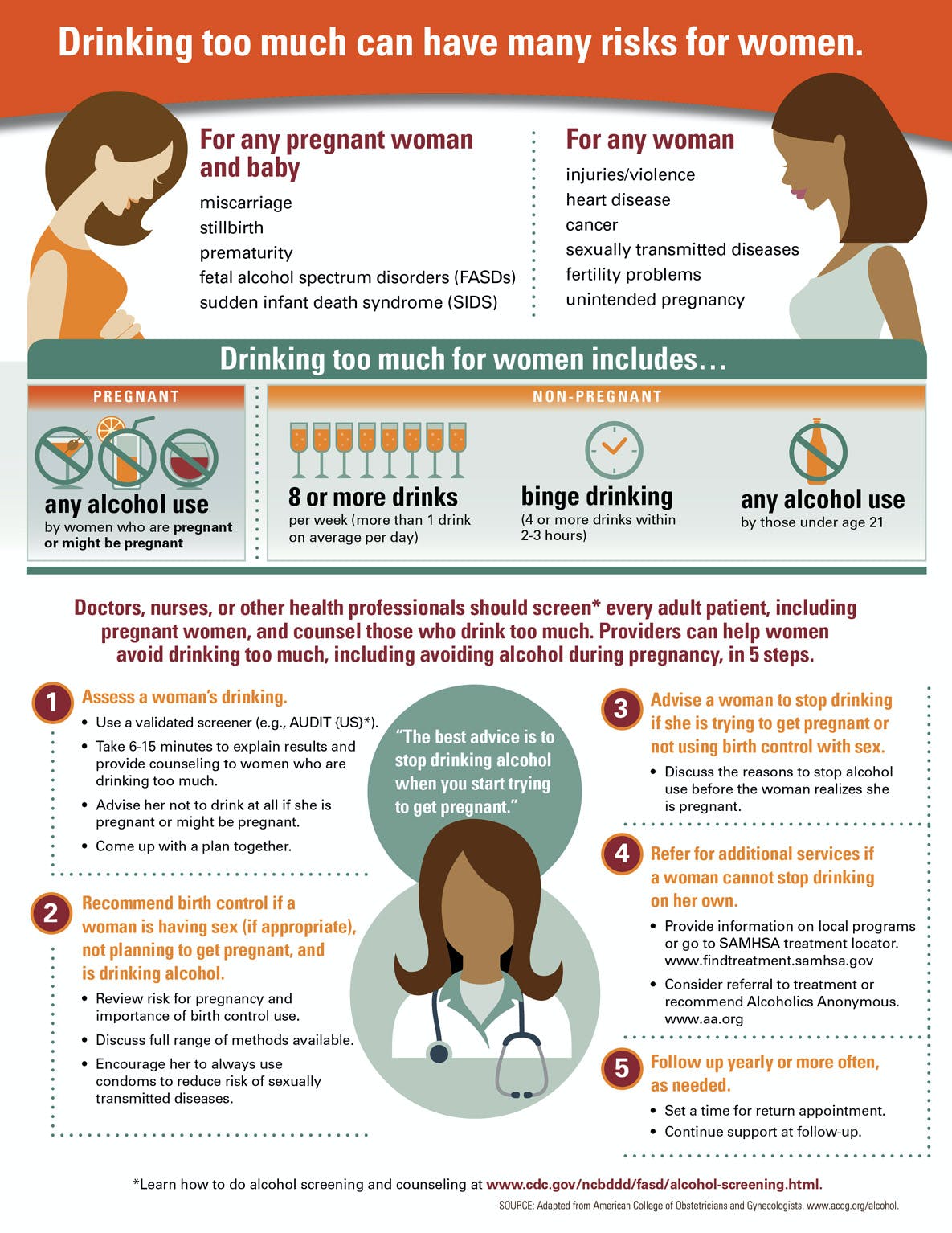 The Twittersphere was quick to accuse the guidelines of being offensive and perpetuating rape culture.

“I know it’s easy to dismiss the outrage as a bunch of women who just want to get drunk, but it’s more insidious than that,” Stephens told the Daily Dot. “It’s the government reducing women to either pre-pregnant or pregnant, and that has serious ramifications—especially when women’s rights are under attack already.”

So Stephens decided to channel her fury into a hilarious creation: a guide that matches a woman’s choice of birth control to the perfect alcoholic pairing. She posted the chart to her Instagram.

for those concerned about the cdc’s recommendation that ladies should not drink without birth control (eye roll) – fear not. i made an easy to use birth control and booze pairing chart to help guide you when making your reproductive and alcoholic choices. trust me I’m an expert. drink up ladies. #cdc #birthcontrol #booze #feminist #feministfriday #thepill #prochoice #plannedparenthood #alcohol #ladies #female #drinkup #womenwholovewine #dranks @womenwholovewine #birthcontrolandbooze

Hey, if you can’t live in a world of true gender equality, you might as well have fun figuring out your drinking and contraception pairings.

In Stephens’ view, there’s a lot to be angry about. She explained that the warnings detract from the larger issues at stake for women’s health today.

“[W]omen already have a hard enough time getting access to birth control,” she said. “Look at what’s happened in Texas or how many times have they tried to overturn Obamacare.  Let’s talk about that first before we talk about what women can and cannot drink.”

The CDC’s warning largely ignores the role that men play in actually creating both wanted and unwanted pregnancies. “S]tudies show alcohol can [affect] quality of sperm,” she said. “Where are the recommendations for men?”